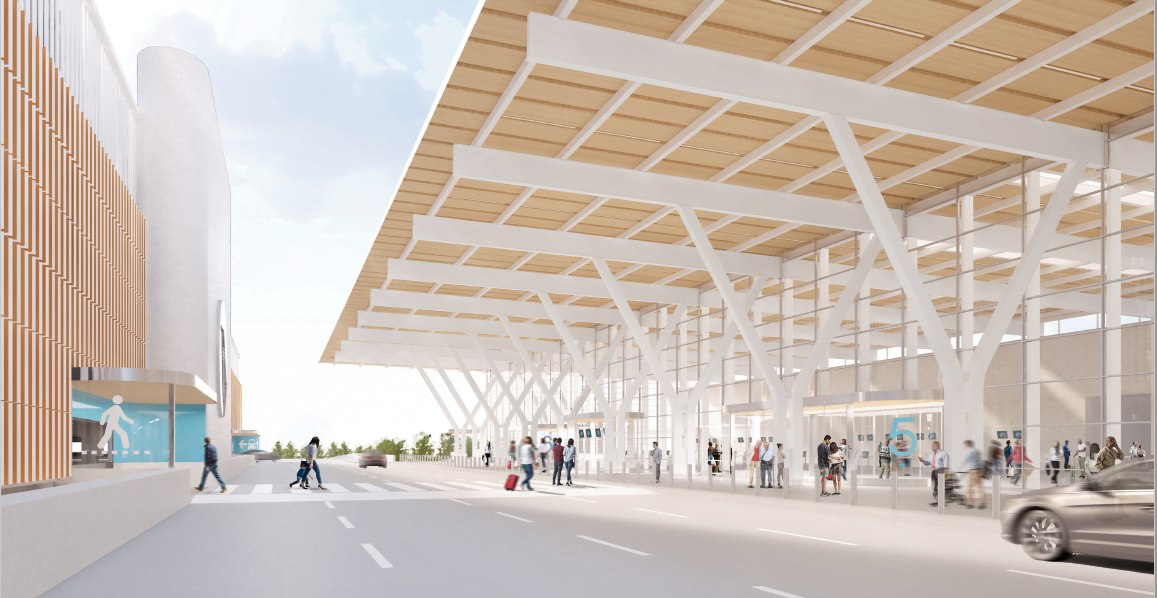 KCI New Terminal Back on Track

The Kansas City council this week approved a new agreement with the developer that puts plans for a new terminal at Kansas City International (KCI) back on track to open in 2021.

The vote on the non-binding Memorandum of Understanding ends months of uncertainty after concerns that the original proposal from developer Edgemoor Infrastructure and Real Estate for the 750,000 sq. ft. terminal were too costly.

“I’m happy, relieved, and, most of all, excited that we can finally move on to the next phase of this project and give Kansas Citians the airport they want and deserve,” Kansas City Mayor Sly James says in the statement. “This wasn’t always a pretty process, but at the end of the day, when city officials trust the democratic process and act to serve Kansas Citians, we move forward as a community. Now, it’s time to get to work on the next steps.”

The new terminal, which Edgemoor now says can be built for $1.5 billion, will be built on the site of now closed Terminal A using all private funding. Terminals B & C will continue to operate as usual during the construction, airport officials indicate.

The project, which also includes a new 6,500 space parking garage, will have 35 gates that can be expanded to 42 if demand grows. KCI served 11.9 million passengers in 2018, up 3 percent from the previous year.