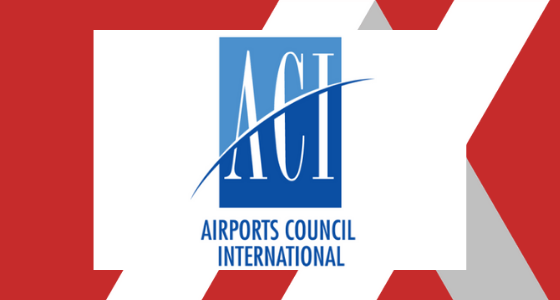 Airports Council International (ACI) World this month issued a report revealing that airports have accelerated investments in technology to aid in recovery from the COVID-19 pandemic.

ACI World’s annual “Airport IT Trends Survey”, which is part of SITA’s ‘Air Transport IT Insights”, found global airports spent 5.46 percent of revenues in 2020 on IT – which represents about $3.5 billion in absolute spend – and that 55 percent of responding airports estimate their 2021 IT budgets will either stay the same or increase.

The ACI-World survey also revealed that 87 percent of airports confirmed that technology to address passenger health and safety protocols have either been implemented or are planned. These include sensors, video monitoring and robots to automatically monitor passenger social distancing, temperature checks, sanitization and other health criteria.

In addition to more touchless self-service offerings at airports, 64 percent of airports surveyed said they planned to roll out self-boarding gates using biometric & ID documentation by 2023.

“These findings are encouraging,” said Luis Felipe de Oliveira, ACI World director general. “There is no doubt that the health and well-being of customers, and their experience, remains airports’ top priority. This is not just an investment to meet the demand of the pandemic, but in line with a longer-term trend and a solid investment in the future.”

The survey of 180 IT decision-makers in airports in 41 countries also found that 89 percent of airports confirmed they offered self-service check in options, 64 percent have implemented biometric-enabled immigration border gates, 79 precent said they provided bag tags capability at kiosks, and 83 percent are implementing a major cyber security program.