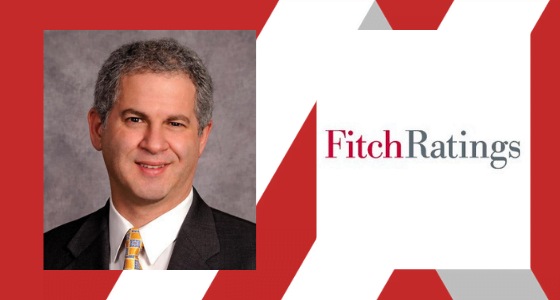 The COVID-19 pandemic has led to traffic declines at unprecedented levels, exceeding past disruption events, Seth Lehman, senior director, U.S. airports, for Fitch Ratings said in a webinar Wednesday. “And unlike past disruption events, where recovery is speedy, this pandemic has been transformative in that it will [prompt] the longest downturn in air travel, probably in history.

Lehman shared his views on a Fitch Ratings webinar titled “Outlook – North American Transportation Infrastructure.” The impact to airports and all of aviation has been profound, and Fitch will be examining how individual airports weather the crisis and manage their debt and liquidity going forward, he said.

As of mid-January, traffic remains stubbornly down by 60 percent to 70 percent at many airports, with some major airports experiencing sustained passenger losses of more than 80 percent compared to 2019, Lehman said, noting that Canadian airports are, as a group, suffering more than U.S. airports.

“Viable substitution exists to conduct business needs,” Lehman noted, “and bringing back the business component of air travel will be essential to the overall viability of aviation.”

Those factors clearly impact airport ratings, Lehman said. “Overall the risk profile at the airport has elevated since the start of the pandemic, as the impact on traffic and revenue has been so far beyond the normal downside sensitivities that we’ve seen in airports previously,” he said. Most vulnerable are airports with bonds secured by limited revenue streams such as rental cars, parking, PFCs and single terminal facilities.

Several airports are on Fitch’s ratings watch negative, which Lehman says is due to the firm’s assessment of near-term vulnerabilities, such as tight liquidity balances or risks to limited counterparties for revenue generation. “It’s important to note that construction or capital program-related risks were less of a concern so far during the pandemic,” Lehman said.

“Right now, the credit profile to the airport sector remains solidly investment grade,” he said, adding that downgrades have been limited to one or two notch levels. There have been no positive ratings actions since the pandemic started.

Working in favor of airports is the financial flexibility they continue to exhibit. Federal stimulus funds have also helped. Airline actions will be closely watched, Lehman added. “They can curtail or adjust their networks, and that can benefit some airports and hub markets while having negative consequences for others,” he said. Fitch will also monitor steps taken by individual airports to uphold their financial positions, and will assess how airports adjust airline lease agreements and how well they retail liquidity.