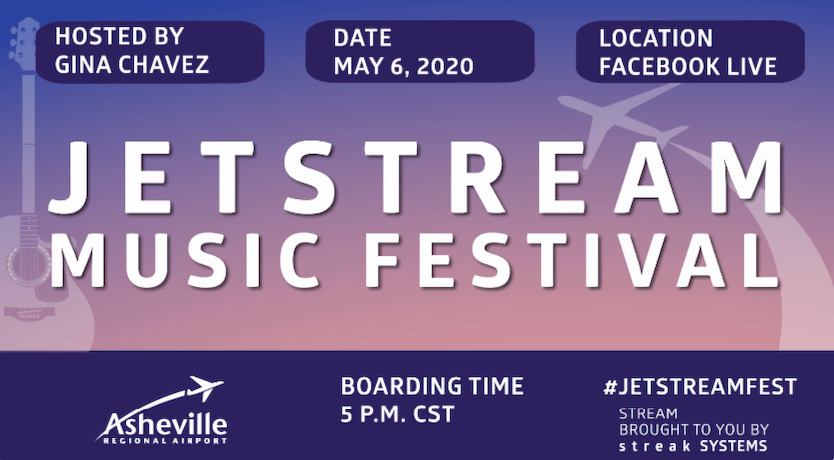 For one night only, 23 airports across North America will come together for the JetStream Music Festival, an online celebration of local music.

Hosted by Austin-Bergstrom International Airport (AUS) from the “Live Music Capital of the World” in Austin, Texas, the free, multi-hour livestream will take place at 5 p.m. CST on May 6 on participating airports’ Facebook Live. Each airport will feature a musician local to their city in support of the creative community during the COVID-19 crisis.

“For so many airports across North America, live music entertainment in the terminal has become a fun way to delight and engage passengers,” said ACI-NA President and CEO Kevin M. Burke. “Despite the sudden and significant drop in passenger traffic at North America’s airports because of the coronavirus health pandemic, this effort by Austin-Bergstrom International Airport and many other North American airports provides a unique opportunity to connect with their passengers. We look forward to hearing these musicians again in airport terminals soon.”

The lineup features a diverse range of acts, representing each city’s unique music culture. Festival viewers will be able to tip musicians throughout the performance and learn about organizations assisting the communities in each city. Viewers can also join in the celebration using the hashtag #JetStreamFest.

“Austin is the Live Music Capital of the World. Typically, we have 31 live performances across 7 stages in our terminal. Live music and supporting our local artists is who AUS is, even during the difficult times,” said Jacqueline Yaft, CEO of Austin-Bergstrom International Airport. “Airports are known for bringing people together, and we want to continue doing so even when you can’t travel. Virtual music is a great way to do that.”

Beyond the music, viewers will hear from leadership at many of the airports.