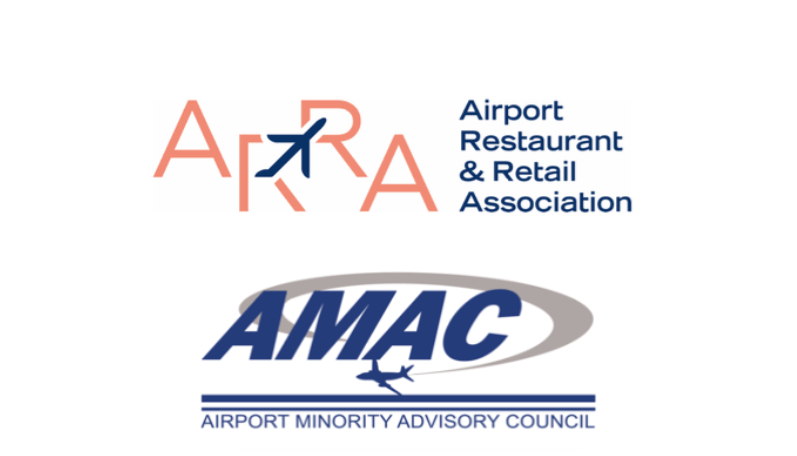 The Airport Restaurant & Retail Association (ARRA) and the Airport Minority Advisory Council (AMAC) put out a call to action to the airport concessions industry Wednesday, urging stakeholders to contact their U.S. senators to push for financial relief for concessionaires.

In the weekly industry call organized by the two trade groups, executives noted that the Senate is considering measures to include in an overall relief package for the nation, which remains in the grips of the COVID-19 pandemic.

“It’s really critical that we and airports get in this package, otherwise we will all be left out this time around,” said Rob Wigington, executive director of ARRA. “Now is the time, really, to call your senators in particular, and urge them with the simple message that they’ve got to include concessionaires in this – in [any relief] bill.

“ARRA and AMAC have been working since we were left out of the CARES Act on a proposal that is now in serious discussions in key places in the Senate, and we’re working with a coalition of concessions operators at airports, and that includes, of course, our members of AMAC, [as well as] car rental companies, the duty free industry and on-airport parking [operators].”

The CARES Act refers to the first relief package offered by the U.S. government in the wake of the COVID-19 pandemic. That act appropriated roughly $10 billion in relief for U.S. airports but none directly for airport concessionaires. In addition, the U.S. House of Representatives has passed the Heroes Act, a second relief measure, that does not include any additional funding for airports or concessionaires. Senate and House negotiators are expected to meet next week and work toward a final bill by the end of July.

ARRA, AMAC and other stakeholders are seeking inclusion of a $5 billion grant program to aid concessionaires. Wigington noted that airports are seeking an additional $15 billion. Of the $5 billion sought by the concessions industry, one approach being floated is to have a significant portion of that total funneled directly to airports to cover MAGs and rent owed by concessionaires through the end of 2021.

”It would allow [airports] to provide MAG (minimum annual guarantee) and rent abatement for concessionaires,” Wigington said. “It’s got all the critical elements that we need to help both airports and concessions get through the pandemic and get to a better place and survive. It’s just very important that that we all work together.”

Pat Murray, chair of ARRA, said the MAG payments won’t be coming from concessionaires without some form of federal relief.

“I just want to call attention to the fact that everyone in aviation should be aligned about the MAG relief issue,” Murray said. “It might be the elephant in the room, but there isn’t going to be MAG paid in our business channel in the United States or, frankly, any part of the world in our business channel for quite some time. So the notion of MAG relief is really providing further funding to the airport. It’s replacing the funds that we might have actually provided as concession operators.”

Murray called it a win-win for both concessionaires and airports. “It’s a win for us as concession operators to somewhat take the air out of the balloon or take the pressure off of the situation that we’re all in so that we can get back to work and figure out how to rebuild the business channel,” he said. “It also gives the airports the revenue that they might not otherwise have. And it helps the airlines who are going to backstop all of the financial relationships in an airport anyway.”

Another portion of the $5 billion sought by concessionaires would help concessions companies continue to operate and survive during the pandemic.

The ARRA and AMAC call also featured two guest participants who offered their takes on the current crisis facing air travel and, in particular, airport concessions operators. Chris Curry, president of the Mobile Airport Authority, stressed that airports should view concessionaires as more than just tenants. “My feelings are that we’re all in this together, and a chain is only as strong as its weakest link,” he said. “For airports, concessionaires are essential to providing that overall travel experience that customers expect. Concessionaires also contribute a significant amount of non-aeronautical revenue for airports. Therefore, it’s in the best interest of airports to do what we can to help concessionaires survive these challenging times.”

Elizabeth Brown, president of TBI US Inc., which operates Orlando Sanford International Airport (SFB), urged both partnership and communication. “I think it’s really incumbent on both the concessions and the airports for us to understand one another’s situations,” she said. “Every situation is a little bit different in every region, in every city, in every airport. I think it’s important that we listen to one another, that we communicate regularly on what’s actually happening in the situation and together work to find solutions that make sense for both partners. Hopefully doing that will also benefit our passengers, who are also going through a very tough time right now and have a lot of trepidation about flying. We need to work together to do everything we can to build that confidence so that they’ll fly.”

Both participants urged increased use of data to inform how and when concessionaires should open their airport stores, and how to staff appropriately for current traffic levels.

“If there are multiple locations that duplicate functions in an airport, you may want to make this decision in consultation with the airport as to which of the two locations should be open and what should be open first, based on the advantages that you would have to weigh,” Curry said. “Certainly, airports must be included in the conversation at the front end because we have a significant amount of data relative to projected future passenger activity. The airport should not hesitate to make available information that could help concessionaires with overall planning.”

Brown said that airlines historically have kept a tight lid on their data, although they may be a bit more forthcoming during the current crisis. But, she noted, other sources should be accessed. “There are lots of data sources that can tell you average load factors…and much traffic is moving on a day,” Brown said. “They can look at the yield that that is projected on various airlines. And I think that’s what we need to be doing.”