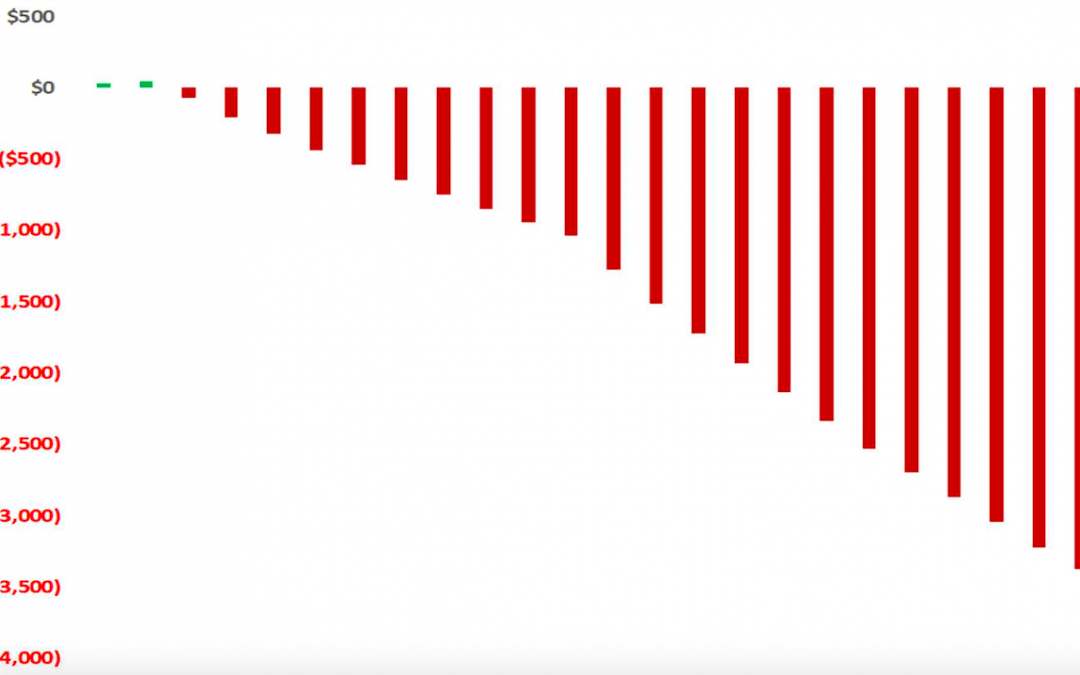 Airport restaurant and retail concessionaires will lose an estimated $3.4 billion from the beginning of the pandemic in March 2020 to the end of 2021, according to data put forth by the Airport Restaurant & Retail Association (ARRA). The data is part of the group’s white paper, titled Facing Facts: The Survival and Revival of Airport Shopping and Dining. Over the next 18 months, the industry is expected to lose more than three years of profits, the paper noted.

“As COVID-19 flows through July into August and is now looking more and more like fall and into winter, each [concessions] business, regardless of size, will quickly be facing solvency issues,” the paper said.

In the ARRA industry call on Wednesday, ARRA Secretary Andrew Weddig described the situation bluntly. “We’re out of money,” he said.

“All companies are running their businesses at significant losses, and there is a bottom beyond which we will no longer be able to continue operations,” said Weddig, who is also senior vice president at Paradies Lagardère. “After traffic recovers, operators who have survived will require many years of normal profitability to recoup and retire debt accumulated during the pandemic, he said, and he urged airports to control or abate fixed costs, particularly minimum annual guarantees.”

Steve Van Beek, a director and head of North American aviation for Steer, a global transportation management consultancy, noted that some airports have not yet gone through the restructuring necessary to be in a position to offer aid, but they should work toward it. “I think policy makers need to provide a lifeline to the industry, to get us through this transition period…,” said Van Beek, who was a guest speaker on the ARRA call. “These losses are unsustainable for an industry that basically relies on the revenue that it’s getting from its operations on a daily basis. That’s just going to require an adjustment.”

The warning comes as recovery has been stubbornly slow. Weddig said recovery isn’t as robust as was initially predicted, and stressed that the return of flights does not mean the return of passengers. While airline schedules are ramping up, passenger throughput is lagging behind. The recent worsening of news from several new coronavirus hot spots has only exacerbated the problem.

With the recent surge in COVID-19 infections, future activity forecasts are being reduced.

“Goldman Sachs just a couple of weeks ago suggested we won’t reach 2019 levels until 2023,” Weddig said. He also noted that all major airlines have issued strong warnings in recent weeks.

“Reopening now will actually increase the financial damage suffered by concessionaires,” Weddig said. “In fact, this period we’re in now, with 30 to 40 or 50 percent recovery – which we haven’t quite reached yet – is potentially worse than being closed. Costs that can be eliminated when stores and restaurants are closed are now incurred and they grow at a faster rate than the underlying sales. It’s important that stores be reopened at a measured pace, and it’s important that airports and their concession partners work together to develop comprehensive reopening plans that are financially responsible.”

The reopening challenges underscore the larger issue of how to right-size an airport that was thriving a year ago but is currently operating at well below capacity. “It would be wonderful if airports could take a step back and say, ‘when I had this kind of traffic before, what did it look like? What did I need to do at that point in time?’,” said Oris Dunham, managing partner of Dunham Group and another guest participant on the call. “Airports are figuring out how to open in a smart way. It has to be right-sized for today. It can’t be what it was last year. It’s hard for policy makers and some airport directors to think about it that way.”

Dunham also notes that some state and city requirements for social distancing preclude opening some concessions due to lack of space. “[The airport] might want you to open something that technically you can’t do and still meet the safety requirements,” he said.

The ARRA paper also addressed the current over-capacity situation. With far fewer travelers, fewer restaurants and shops are needed. “Reopening smartly implies many stores and restaurants have remained closed until there’s sufficient passenger traffic to support financially responsible operations,” Weddig said. “And this likely won’t happen for two to three or four years. The reality is that most programs are oversized right now. And the enormous challenge in front of us as airports and concessionaires is what to do with the likely surpluses stores and restaurants in the near immediate term.”

1. Airports allow units to be deactivated until passenger traffic returns to an appropriate level. The lease is suspended – including payment of MAG – for the portion of the premises that are closed until deactivated units are ready to reopen. At that time, the lease and rent simply restart for the balance of the term. ARRA noted that although this approach has many benefits, it does leave operators with the need to renegotiate or otherwise manage their debt.

2. Airports buy out leases (or portions of leases) through purchase of concessionaire assets. The affected units close and the lease and MAG terminate for those units. The airport can then re-offer the space in a future RFP when demand warrants. The concessionaire loses its future profits but receives cash to pay off remaining debt. A variation is to preserve the lease and allow the concessionaire to rebuy the space prior to offering to the market.

3. A concessionaire gives back space to the airport with no penalty, no questions asked. The lease as it relates to surrendered units is canceled and all obligations to the airport end. Although a “clean” resolution, the tenant writes off assets, loses future profits and has debt to pay – still with no income.

4. Airports demand restaurants and retailers open all of their stores, which ARRA predicted would result in over-capacity and low sales that overwhelm operators, resulting in bankruptcy. Or, airports could allow stores and restaurants to remain closed, but demand MAG payments, which would also result in bankruptcies, ARRA maintained.

As airports and airlines tackle these difficult decisions, ARRA stressed that data is imperative. “No meaningful consideration of ‘revival’ can be undertaken without data,” the paper said. “If ever there was a time for full transparency and true partnership between airports and concession operators, it is now.”

The latest ARRA paper also outlined steps airports can take to aid in concessionaire recovery, ranging from alteration or abatement of rents to sharing the financial relief airports were given through the CARES Act to deferring capital investment in new concessions development projects.

Weddig said the passenger experience is at stake. He noted the complexity of the aviation system, with airports, concessionaires and other stakeholders deeply intertwined and interdependent.

“If you look at all of those entities, what they’re all doing is serving the traveling public,” Weddig noted. “This pandemic threatens the experience of the traveling public. So, as we struggled to survive, we’re going to have to work together in partnership to survive together or the passenger, our customer, loses.”

What the passenger experience might look like in the future is unclear. Call participants noted the lack of cohesion among airports.

“The passenger experience now has changed,” Dunham said. “It’s health and safety that airports are really looking at, and the passengers are looking at. They’re not looking for the fanciest restaurant right now. And one of the problems that I see is if you look across our wonderful United States, is that not all airports are attempting to do this the same.

“I think passengers have to have confidence” in continuity of policies, Dunham continued. “If you don’t know that you’re going to have the same kind of requirements for the health and safety at other airports slowly, you’re going to be reticent about taking those risks.”

Van Beek agreed, noting that “one of the things that has stood out to me during this pandemic is the real absence of national leadership and direction around an interstate industry and international industry like aviation.

“What that’s really done is pushed the decision making down to individual airlines and airports,” he said. “And when you do that, it calls into question the confidence in the system from a customer point of view. We have to be very careful that it not become a mosaic of different strategies around the country because that then confuses people.”

These discussions lay the groundwork for the ultimate transition from the legacy system to a new way to approach airport concessions agreements, Van Beek says, taking into account new demands for health and safety imperatives.