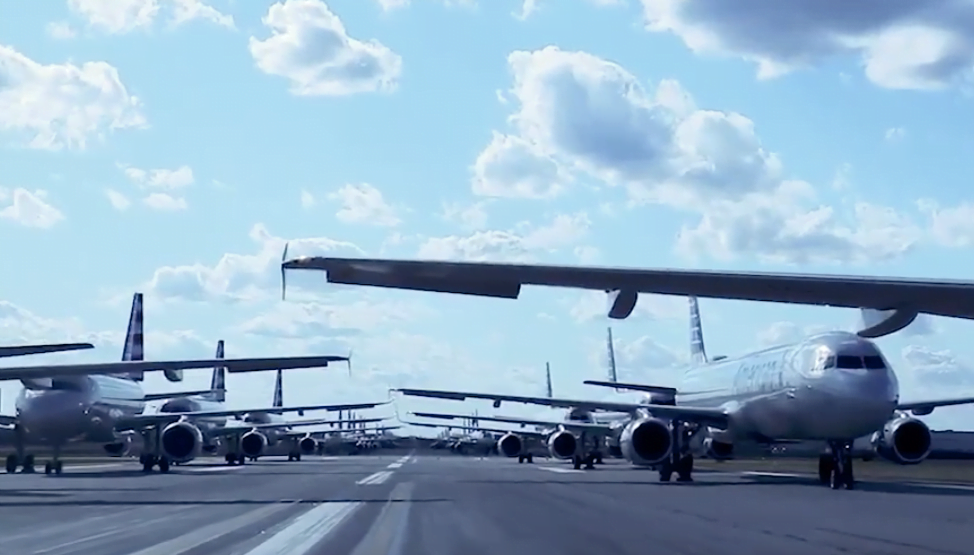 The stark realities faced by airport concessionaires looking to rebuild their businesses were reiterated Wednesday in a call-in forum hosted jointly by the Airport Restaurant & Retail Association (ARRA) and the Airport Minority Advisory Council (AMAC).

In conjunction with the call, ARRA issued a new paper, titled “Facing Facts: The Survival of Airport Shopping and Dining”, which seeks to illuminate the realities of what concessionaires are facing and what steps must be taken to preserve the industry. Steve Van Beek, head of North American Aviation for Steer, a global transportation management consultancy, and Rob Wigington, executive director of ARRA, discussed some of the key challenges facing concessionaires.

In the paper and on the call, the participants suggested that a change in how airports and concessionaires work together is needed because the “meeting of the minds” underlying concessions contract is gone.

“Airports and concessionaires agree to the terms of lease and concession agreements with the understanding that there will be sufficient enplaning passengers to generate sales and profits, commit capital, support ACDBE partners, and pay fair rent to the airport,” the ARRA paper noted. “Naturally, there are market risks that airports and concessionaires must bear, such as the cyclical nature of the economy, fluctuations in air travel, and airline competition. However, the COVID-19 global pandemic and subsequent business crash is not a foreseeable risk that any party agreed to take. COVID-19 is far more than a typical market fluctuation; it is an unforeseeable catastrophic event that has crippled the global travel sector. The result is that the basis of the fundamental agreement between airport and concessionaire –enplanements in exchange for rent – has been materially and adversely affected.

“For an airport to take a position that ‘a contract is a contract’ and continue to expect concessionaires to pay minimum fixed rent when there are few, if any, enplaning passengers, ignores the basic expectation of both parties when signing a lease and concession contract – that there would be passengers at sufficient levels to sustain an airport concessions business,” the paper continued. “Concessionaires never agreed to be an airport’s insurance policy.”

The group called on airports to eliminate fixed and/or minimum rents until there is sufficient traffic to support functional airport concessions businesses.

The overwhelming consensus both inside and outside the industry is that air traffic will not recover this year, the paper noted, and cautioned against using best case scenarios as a basis for structuring rent relief proposals. Van Beek said his firm is projecting “probably a 90 percent recovery” over three years. “It’s going to take a little while, even after we have a vaccine, for the industry to get back to where it was,” he says. “And I would say that when it gets back to traffic levels of where it was, it probably is going to be a very different looking industry, even at recovery.

“What that means is the way carriers flow passengers through airports, the type of passengers that are flying in different airports, those things are likely to change,” Van Beek continued. “It’s not just an overall traffic level, but it’s how traffic filters through each of the airports and then through the concourse shops and restaurants. This is going to be a challenging period, and it’s going to require all of us to forecast this together and talk about how we can make these businesses work.”

In the paper, ARRA pointed out that concessionaires simply can’t pay the minimum annual guarantee that is common in contracts with airports. The group said operators cannot afford to pay full rent until at least 80 percent of passenger traffic returns. “Until then, rent will need to be financially feasible and phased in,” ARRA argued in the paper. “It seems disingenuous and illogical for anyone to demand rent when they know an operator is losing money and working hard to remain solvent. “

Van Beek argued for a restructuring of relationships between airports and concessionaires. “This is not a 2020 problem,” he said. “It’s a 2020, 2021 and 2022 problem.” Wigington added that no matter how operators crunch the numbers, until the industry returns to “reasonably levels” of business that operators will lose money.

Participants and the supporting paper also stressed that rent deferral is not the same as rent relief, and pushing off payment requirements for a few months doesn’t solve the underlying problem. “Our advice to airports is to restructure these relationships, because merely deferring is just going to postpone the time when the check’s going to become due and a lot of these people aren’t going to be able to pay it,” Van Beek said.

Large, multi-national operators aren’t immune, the participants and paper stressed. While in the past these companies might have been able to leverage healthy operations in one market against a downturn in another, the global nature of the pandemic means the virtually all global operations have been impacted. The ARRA paper noted that each of the public companies in the airport concessions industry raised cash in early March to remain solvent, and that cash is being used for survival.

Van Beek said it’s necessary to dispel the notion that large companies can easily weather the downturn. They “might have deep pockets and might be geographically dispersed, but in a situation like COVID, as opposed to, let’s say a regional recession in a place like South America, all the businesses are being hit at the same time with a 95 percent reduction,” he said.

The ARRA paper also noted the interconnectivity of concessionaires of all sizes. “Large and small operators are bound together through joint ventures and subleases,” the paper noted. “It is a misconceived notion, as some have suggested, that in order to support small businesses and ACDBEs, financial relief need only support them to the exclusion of larger prime companies.” In fact, the paper said, the overwhelming majority of ACDBEs are in joint venture relationships with prime operators.

“Success of the ACDBE/small business is inextricably tied to success of the prime, and primes operating in U.S. airports have for decades fully incorporated ACDBEs in their business models and operations,” the paper stated. “One does not survive without the other.”

In its paper, ARRA outlined steps that its members would like to see airports take to ensure the long-term health of the industry: