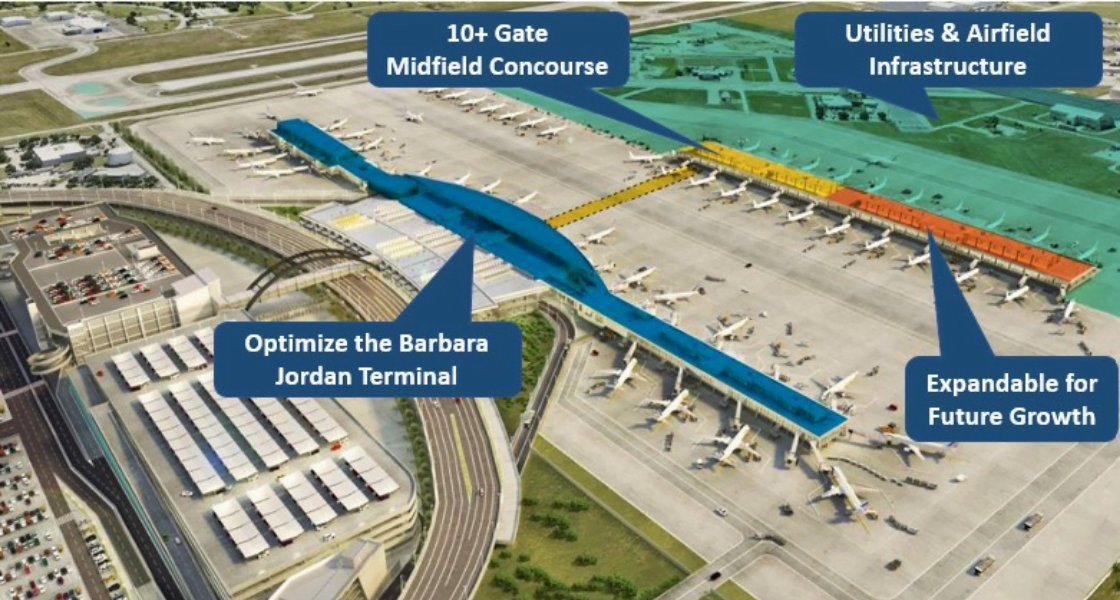 The AEDP includes critical components of the airport’s long-term 2040 Master Plan, including the optimization of the Barbara Jordan Terminal. The project also will feature airfield and utility work, including building a new Central Utility Plant and removing existing structures to prepare for construction activities, as well as the initial steps to prepare for the new Midfield Concourse that in addition to new gates will also require the construction two new taxiways.

“With this program, we are transforming the future of AUS – without the need for taxpayer funding,” said Jacqueline Yaft, AUS CEO. “The program will help us build a better airport and deliver an upgraded passenger experience – one that is not only safe, comfortable, and convenient, but also reflects the city’s distinct culture and community.”

AUS added that contracting opportunities to support the airport improvements will be released late this summer, while opportunities for environmental review public participation will begin in the fall.