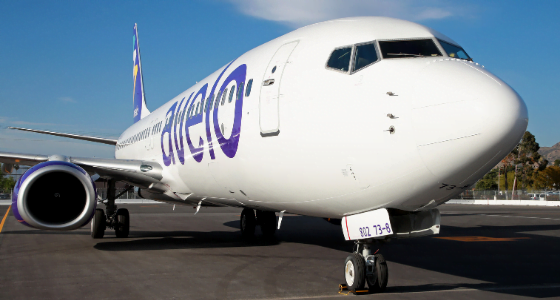 Combatting what it calls “two decades of choice-reducing industry consolidation,” Avelo’s ultra-low-fare strategy will focus on customer convenience and a customer-centric culture.

“We are making flying more affordable and convenient by taking the greatest efficiencies we can find in the industry and sharing the savings with our customers in the form of surprisingly low fares,” said Avelo’s founder, chairman and CEO, Andrew Levy. “Combine that with operating bases at many of the nation’s most convenient airports, infused with a culture of caring, and you have a different and better kind of airline that our customers will love to fly, our crewmembers are proud to work for and our shareholders are grateful they invested in.”

Backed by $125 million in private equity, Avelo will begin operations with three single-class 189-seat Boeing 737-800 aircraft from its first base at BUR. The airline will initially fly 11 non-stop routes between BUR and markets across the Western U.S. Currently, the airline is focusing on smaller markets such as Eugene and Medford – Rogue Valley and Redmond, Ore., Bozeman, Mont., Grand Junction, Colo., and more. Introductory fares started at $19 one way. “The use of convenient smaller airports promises a faster, cost-friendly and more relaxing end-to-end travel experience,” the company noted.

Avelo is using Boeing 737-800 jets and says it expects to operate a fleet of at least six next-generation 737 aircraft by the end of 2021.