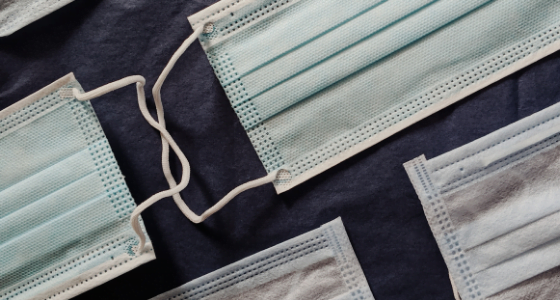 Moves by the new Biden administration to require all travelers wear masks during flights and in airports, as well as the executive order ending restrictions on travel from some countries with Muslim-majority populations, quickly drew aviation industry praise as needed steps to help during the pandemic and in speeding the recovery.

“American airports welcome this announcement by the Biden administration to require passengers and workers to wear facial coverings whenever they are in an airport,” said Kevin Burke, Airports Council International-North America (ACI-NA) president and CEO. “We are grateful for this leadership from the Biden administration to help minimize the spread of COVID-19 and re-instill confidence for those who work in or travel through America’s airports. ACI-NA and our members stand ready to assist the Administration with implementation and enforcement details.”

The face covering mandate echoes a call made by the ACI-NA in May 2020 for federal rules that would make it easier for airports to require all individuals in the public areas of airports to wear masks during the pandemic.

Roger Dow, president and CEO of the U.S. Travel Association also praised the new facial covering requirements as well as the end of the Muslim ban, saying, “In particular, the repeal of the travel ban from certain Muslim-majority countries is the right move.”

“We believe a mandatory quarantine requirement for international travelers could be extremely difficult to enforce—and unnecessary in light of required testing and the many other protections now in place,” he said. “In the domestic environment, where there aren’t defined ports of entry for travelers, mandatory testing and other requirements are also impractical and could divert scarce public health resources away from other priorities.”

Port of Seattle Commission President Fred Felleman and Executive Director Steve Metruck said the mask mandate, the end of the Muslim travel ban and the decision to have the U.S. rejoin the Paris Climate Accords will help the port, which operates Seattle-Tacoma International Airport (SEA), successfully resume full operations and meet its mission and goals.

“We celebrate these important steps, and we look forward to working with the new Biden administration on the economic, environmental, and civil issues that will define a sustainable and equitable recovery,” the two said in a statement, adding, “We call on Congress to join us together in this effort.”

The proposed law, which earned bipartisan approval and passed the Senate unanimously last year – instructs the Departments of Transportation, Health and Human Services, and Homeland Security to establish a joint task force on air travel during and after the coronavirus pandemic.

“The coronavirus has had an enormous impact on every person and industry in the United States, but air travel has been uniquely affected by the ongoing emergency,” said Senator Markey. “That’s why experts across all of the relevant agencies and groups must come together to address the immediate challenges to safety in our skies, as well as start planning for a ‘new normal’ after the coronavirus subsides. We must think big and provide consistent solutions to all of the interconnected health risks a global pandemic poses, including standards for passenger health screenings, social distancing while traveling, sanitation of aircraft, and more.”

Though he hasn’t yet been formally approved by the U.S. Senate as the new Secretary of Transportation, Pete Buttigieg, former mayor of South Bend, IN, earned mostly bipartisan praise following a hearing held this week, with senators from both sides of the aisle publicly suggesting his confirmation should go smoothly.