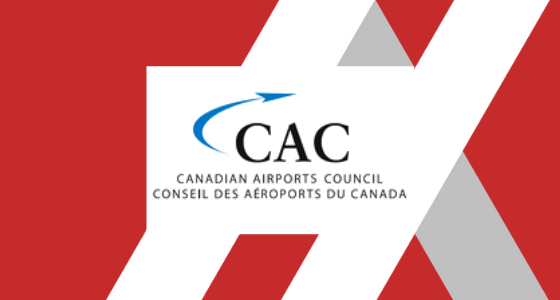 Canadian airport, aviation and business stakeholders held a virtual forum to discuss how Canadian aviation can regain its footing. The CAC, which hosted the event, also produced a new whitepaper, “Holding Pattern: Canada Needs a Swift Recovery and Competitive Air Sector,” that looks that the issues affecting air recovery in Canada, including increased costs to travelers and reduced connectivity.

The paper noted that a 25 percent increase in the price of travel would lead to decline of 20 percent in passenger demand. In turn this will impact connectivity, which has plummeted in many regions of the country.

“Passenger throughput at Canada’s airports sits currently at roughly 10 percent of the levels seen in 2019,” said Joyce Carter, CAC Chair and president and CEO of Halifax International Airport Authority. “Until the lost connectivity is restored, many regions will not see the economic benefits associated with air travel – including the spin-off benefits for other industries.”

COVID-19 travel restrictions have already led to projected total airport losses of CA$5.5 billion (U.S $4.6b) from March 2020 through the end of 2021, while Canadian airports have accumulated an additional $2.8 billion (U.S.$2.3b) in new debt directly related to operating during the pandemic.

According to the whitepaper, the air sector’s current financial position and resulting cost-saving measures are likely to have an impact on the ability of Canadian airlines and airports to compete with their U.S. and foreign counterparts.

“Canada’s recovery agenda for the aviation sector should not be deployed in isolation from the rest of the world,” the whitepaper said. “Canada’s aviation sector would actually benefit from deploying a recovery agenda that is at least in part compatible with that already initiated by the U.S., our largest trading partner. Finally, the interests of related industries and communities – tourism, shippers, remote regions, local companies – should be considered.”

Although increased levels of passenger traffic – both domestic and international – are likely to benefit Canadian airports in the early days of recovery, these are still subject to airlines adding the necessary capacity, the whitepaper noted.

“Aviation is the connective tissue that helps hold this huge country together and keeps our economy growing,” said Bob Sartor, president and CEO of The Calgary Airport Authority. “Canadians need a dynamic and financially competitive aviation sector to reap the rewards which will come with a recovery.”