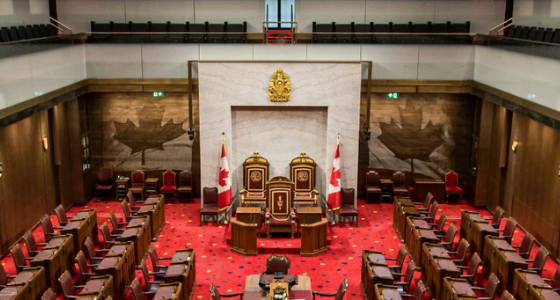 “This is not the time for austerity,” Trudeau said in his speech this week, calling for investments in social programs and financial support for businesses and workers impacted by the pandemic-triggered economic downturn.

The CAC said the speech offered hope but added financial support for Canadian airports is needed quickly, warning that without action the damage done to airports and the communities they serve may take years to repair.

“We were all hoping that we would be out of the worst and be able to focus on recovery by now,” said Daniel-Robert Gooch, CAC president. “In fact, the financial situation is much worse now than it was in the spring, as airports continue to pile up costs and debt to provide enhanced safety and health measures on limited revenues, while continuing to supply services that communities and governments count on – such as movement of essential workers, cargo, med-evac and firefighting to their communities.”

The CAC reported April through August traffic was down 92 percent from the same period in 2019. By the end of 2021, airports stand to lose as much as CAN$4.5 billion (US$3.4 billion) in revenue and add CAN $2.8 billion (US$2.1 billion) in additional debt to cover operational deficits.

The CAC is calling for the federal government to waive ground rent paid by 22 airports for at least five years, or until passenger volumes return to 2019 levels. It’s also requested the government provide interest-free loans, especially to airports that do not pay rent, expand federal infrastructure programs to include funding for safety and security related infrastructure and to increase funding to Airport Capital Assistance Program for airports with fewer than 525,000 passengers a year.

“We believe that our recommendations are not only reasonable, but they are simple to implement and support,” Gooch said.  “Airports are essential to their communities and are a big part of their recovery and growth. We all know the way forward, and what’s at stake. The time to act is now.”