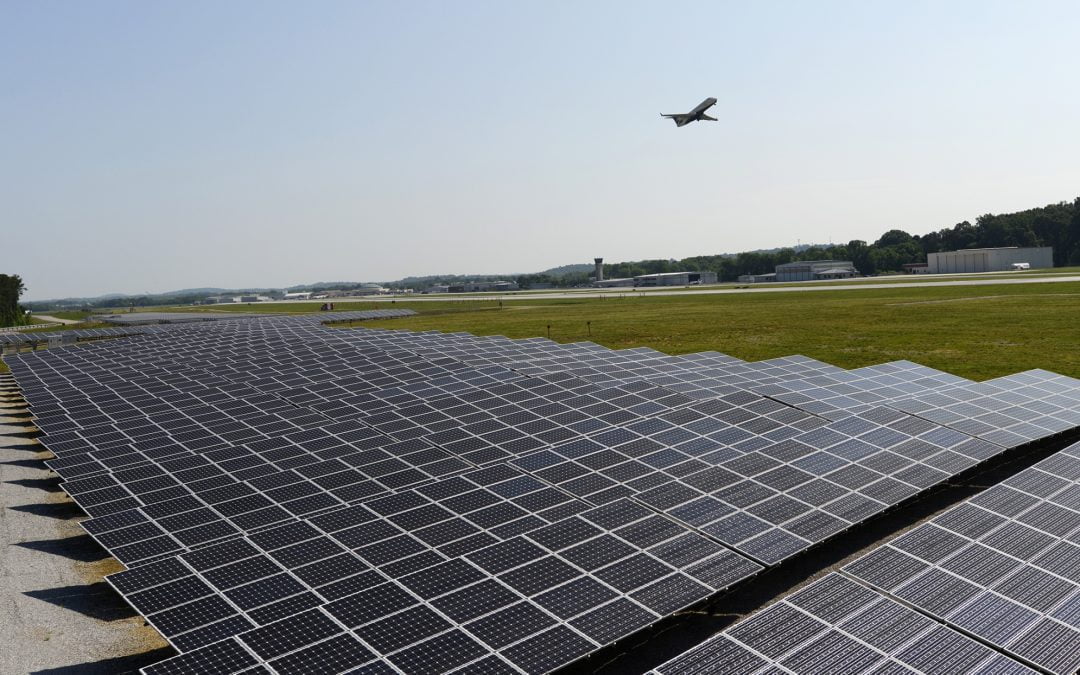 Chattanooga Airport (CHA) officials, community leaders and other stakeholders this week celebrated the final phase of the 2.64-megawatt solar farm that makes the airport the first in the nation to generate as much energy from solar as it uses.

The airport, which handled 504,000 passengers in 2018, achieved the power milestone through a partnership with the TVA and EPB, the city-owned electricity distribution and telecom company formerly known as the Electric Power Board of Chattanooga. It was made possible primarily by Federal Aviation Administration funding, specifically Voluntary Airport Low Emission and Energy Efficiency grants.

“This is a momentous day for the Chattanooga Airport as we complete our solar farm and achieve a major sustainability milestone,” says Terry Hart, CHA president and CEO. “This project has immediate benefits to our airport and community, and we’re proud to set an example in renewable energy for other airports, businesses and our region.”