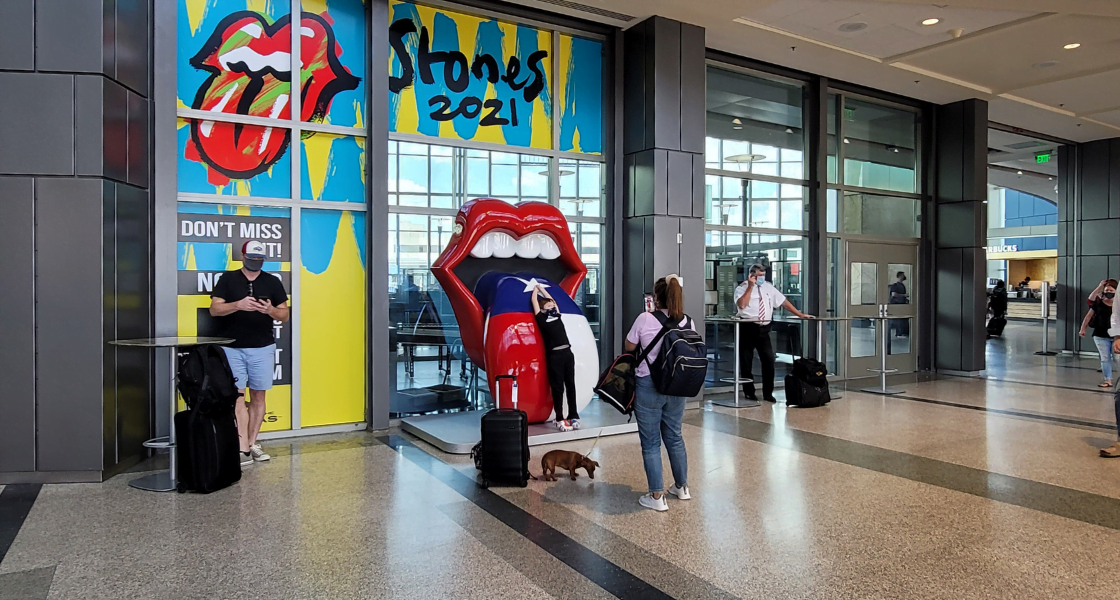 This inventive display is live through September 26th.and features the colorful “tongue” logo of the band as well as information about the concert to be held November 20 at the Circuit of The Americas Formula One race track.

Travelers also have a chance to win a pair of tickets to the concert by scanning a QR code built into the AUS terminal display.