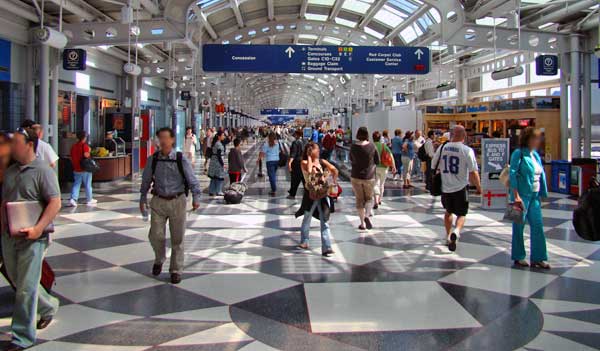 Concessionaires Get Information On ORD Opportunities

Airport officials say they generally conduct open houses such as this once or twice a year.

“The concessions open house is a presentation to potential businesses interested in doing business at the airport,” says Karen Pride, spokeswoman for the Chicago Department of Aviation.

There was no word on exactly when the request for proposals will be unveiled, as the city works to iron out several details such as whether the food and beverage program will be awarded to one winner or broken into several parts. Pride reiterated this week that a date has not been finalized.

The biggest topic of discussion at this meeting was a long-awaited RFP that will cover food and beverage in Terminals 1, 2 and 3 at ORD.

Some industry officials indicated they are hearing the RFP could be broken up into three to five large packages, with a handful of smaller packages awarded, as well. The aviation department has been tight-lipped about details, but media reports indicate the program covered by the RFP could cover as much as $300 million annually. Several concessionaires have been interested in the program, with many hiring lobbyists with ties to the city.

Several attendees did not return messages or declined comment on the meeting.

Les Cappetta, CEO of SSP America, attended the meeting with a joint venture partner and says he found the session worthwhile.

“I thought it was a productive session,” he says. “It’s inclusive. It gives people an opportunity to understand what is going on. We’re keenly interested in Chicago and we’re ready to go as soon as we see a document.”

Currently, all concessions in those three terminals are operated by HMSHost Corp. The company doesn’t have much to say right now regarding last week’s meeting.

“At this point, we are really just waiting to see what happens,” says spokeswoman Sarah Cody.