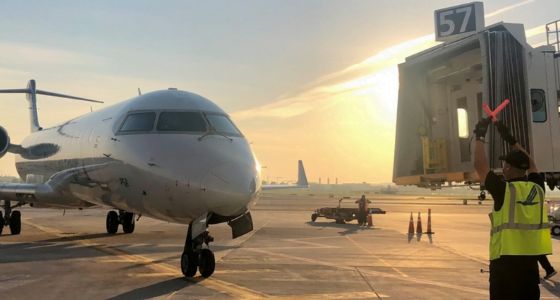 A major milestone in the airport’s Project Journey capital improvement program, the new concourse will serve the DCA regional operations of American Airlines, which partnered on the project.

The new concourse was built to complement the architectural features of DCA’s current Terminal B/C and includes Gates 46-59. The concourse features exposed steel arches and columns, and expansive glass walls and skylights that will provide travelers with a brightly lit gate areas and panoramic views of the iconic Washington, D.C., skyline.

“The opening of the new concourse is the culmination of years of work by thousands of employees who overcame numerous challenges and the seismic changes of a global pandemic to deliver a world-class passenger experience at Washington, D.C.’s airports,” said John Potter, president and chief executive officer of the Airports Authority. “The airport’s $1 billion investment to transform the traveler experience inside the terminals at the gates and along the roadways will bring a new era of travel to American Airlines’ customers, who can now board regional jet aircraft from jet bridges instead of through Gate 35X.”

Prior to the opening of the new concourse, passengers reached regional jets parked in 14 outdoor boarding areas by riding in buses to the airfield. The new gates provide a one-for-one replacement of the former remote positions – without adding capacity for additional flights.

Until the construction process is completed this summer, limited concessions will be available in the new concourse at the soft opening, including Peet’s Coffee and Capitol File newsstand, MWAA said.