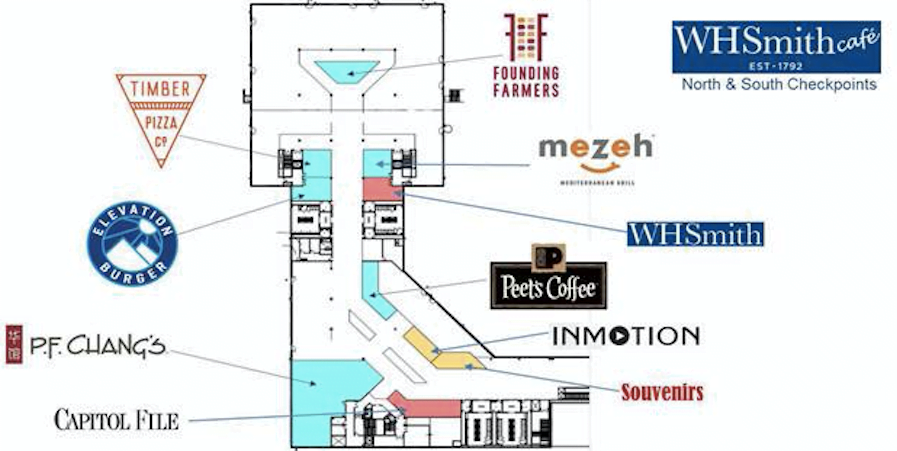 Reagan Washington National Airport (DCA) revealed plans for six new food and beverage concessions and four new retail offerings that will serve as the inaugural selections for more than 14,000 square feet of new concessions space still to be built at the airport.

The new offerings are part of Project Journey, the Metropolitan Washington Airport Authority (MWAA) infrastructure upgrade that also include new security checkpoints and a 14-gate concourse.

The concessionaires were chosen following a competitive bidding process and will be managed by Marketplace Development, the company overseeing concessions at both Reagan National and Washington Dulles International Airport (IAD), Concessions openings are planned to coincide with completion of the new airport facilities in 2021.

On the retail side, WH Smith USA Retail will operate travel essentials shops under the brands Capitol File and WH Smith Café, plus a souvenir retailer. The new concourse will also feature a second airport location for InMotion Entertainment, which provides travelers with a selection of technology items.

“The selection of these concessionaires, in addition to existing options at Reagan National, opens the door to a new level of choice that will transform the passenger experience,” says Jerome Davis, MWAA executive vice president and chief revenue officer. “We think customers will ultimately enjoy the airport’s expanded variety of locally well-known brands alongside nationally recognized names.”