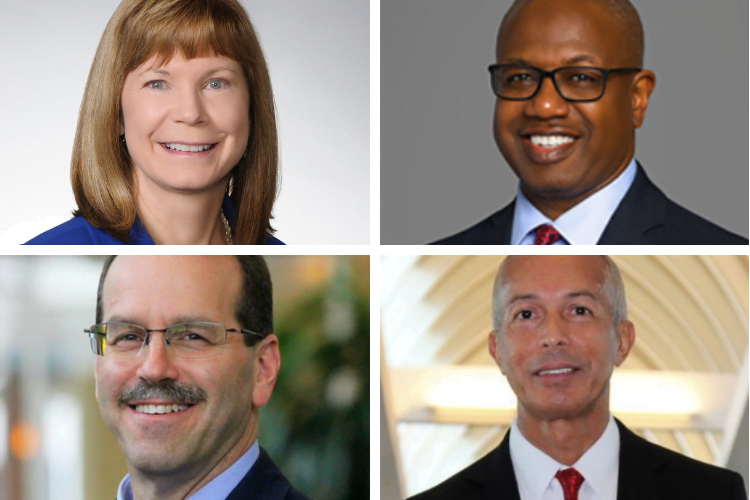 Four airport directors outlined how they see the industry evolving during a panel discussion convened by conference call yesterday.

Hosted by the Airports Restaurant & Retail Association (ARRA) and the Airport Minority Advisory Council (AMAC), the call offered industry executives a glimpse into how some airport leaders see the industry evolving from what everyone hopes is a low point in passenger traffic due to the COVID-19 outbreak.

The forecast, at least for the short term, isn’t good. With stay-at-home orders still in place in the vast majority of states and warnings from public health officials of the dangers of reverting to the carefree lifestyles that were once the norm in North America, demand for air travel is expected to trickle back in the coming months.

“The airlines are not going to just jump back in and bring service in,” noted Lew Bleiweis, executive director, Greater Asheville Regional Airport Authority and chair of Airports Council International-North America (ACI-NA). “They’re going to methodically and surgically look at how they’re going to put serve air service back into the marketplace. They knew what our cities and communities provided in the past. They don’t know what’s going to happen tomorrow. We’ve got to be strong and selling them on our communities, trying to get air service back.”

Bleiweis noted that airlines in Asia are offering “fantastically reduced” airfares in order to attract passengers. “It’s going to take something to build the confidence up of the passengers and the general public to start flying again,” he said, noting that all will need to work together to achieve that. “I don’t think there’s any one particular party, a responsible person that will collectively lead us out of this,” he said. “I think it’s going to be all of us.”

Mario Diaz, director of aviation for the Houston Airport System, said airports’ roles will be to make the in-airport experience as comfortable as possible. “It will be okay [for people] to come to the airport because of what we will be doing to be cleaning,” he said. “They won’t have to touch anything at the airport. We’ll have facial recognition and self bag drop off. They’ll be able to move very quickly to the security checkpoint. They’ll be able to order things from their phone and while they’re sitting they will see people constantly walking around, wiping things down to make sure that they feel comfortable. They will also be able to know that they have been screened at some level.”

The current situation is a “humbling experience” for airports, because they will have little influence in how and when passengers return, according to Ricky Smith, executive director, Baltimore/Washington International Thurgood Marshall Airport (BWI).

Instead, he said, public health officials are at the steering wheel. “At the end of the day, the airport is not coming back until the market comes back,” he said. “Airlines are not going to fly with 20 percent load factors forever. It’s going to be the public health officials who are going to give the public some level of competence that is okay to come out of your homes and find some new level of normalcy. And the public is going to have to embrace that and say, ‘I’m now okay living my life and I’m going to fly now. I’m going to travel, I’m going to do all the things that the CDC is now telling me it is okay to do’.”

Cindy Nichol, director of airports, Sacramento County Airport System, said airports can do what’s necessary to be ready for passengers when they do return. That means cost cutting, ensuring the airport meets its bond covenants, keeping customer service top-of-mind and working with tenants to ensure they can survive.

“We’ve got one news and gift, one coffee and one restaurant in each of our two terminals to serve those 5 percent of passengers who are still flying,” Nichol said. “Also, we got our board’s approval, first of all to accept CARES Act money and secondly to provide rent relief. We are in the process of rolling that out to all of our tenants. We intend to provide rent relief for a three months period.”

Sacramento is one of many airport systems that has moved to address concessionaire challenges by altering rent agreements in some way. Many have removed minimum annual guarantees for a set period of time, moving instead to percentage-of-sales rent payments.

Diaz discussed the restrictions on use of CARES Act money by airports, where there is still some disagreement on interpretation, but said it’s clear that airports have the authority to drop the MAG if they choose to, as Houston Airports System did for three months, leaving the percentage rent structure in place. Given the current dearth of passengers, “there’s practically no revenue to pay to the airports.”

Bleiweis said Asheville International Airport (AVL) has also waved MAGs, but called out concessionaires for expecting more give from airports.

“I’m going to use Asheville as an example,” he said. “You may be looking to get out of some liabilities because of the dire circumstances and consequences of today’s situation. But at the same time, Asheville has grown 130 percent in our passenger traffic in the last six years. When we did our our food and beverage contract 11 years ago, it was written in a fashion that it was beneficial for both of us, our concessionaire and the airport. But the airport didn’t turn around and asked to renegotiate the contract because all of a sudden we were up 130 percent.

“[The contract] was benefiting our concessionaire a lot more than it was us,” he continued. “I would love to make more from a percentage of gross standpoint than I’m currently at. But I’m also accepting of [the fact that] I signed the agreement. We’ve got a great concessionaire partner. It’s working out well and it’s providing service to our passengers. That being said, I’m not sure why a lot of concessionaires – rental cars mostly, in particular – are looking to tear up the agreements and start from new.

“We were pretty aggressive in terms of our relief package,” Smith says. “At the end of the day when we reopen, they have to be in some semblance of a good place if they’re going to be viable partners. So we had to eat some of their pain in order for them to be in place to provide the services that allowed this airport to be such a reputable airport pre-COVID-19.

“It was probably a little more aggressive than there’s some other airports in terms of how approached it but we think it’s working out well and we think our concessionaires will come back in a much better place,” Smith added. “They will certainly have a much better relationship and respect for the airport because of how we’re dealing with them.”