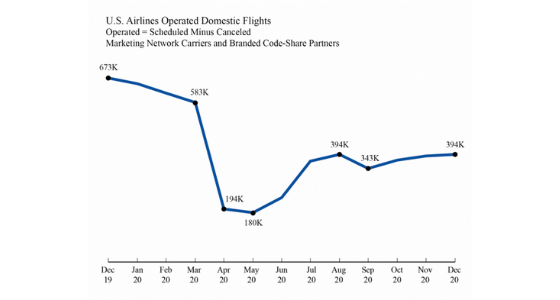 The DOT report noted the 2020 number was the lowest number of total annual flights since reporting began in 1987.

For the full year 2020, carriers posted an aggregate on-time arrival rate of 84.5 percent, a higher rate than 79.0 percent in 2019. The leading airlines in terms of on-time arrival last year were Hawaiian Airlines at 87.5 percent, followed by Delta Air Lines and Spirit Airlines.