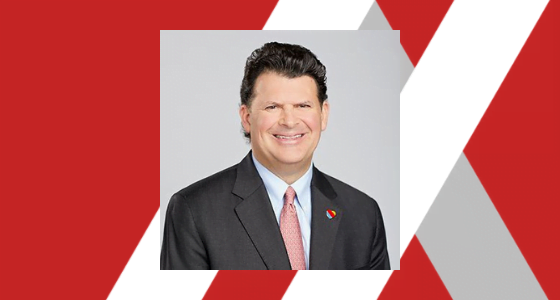 After a year of curtailed activity due to the pandemic, this spring people are beginning to reveal and act upon a pent-up desire for excitement and travel, said Steve Sisneros, managing director, airport affairs for Southwest Airlines.

Speaking on the weekly industry call hosted by the Airport Restaurant & Retail Association (ARRA), Sisneros acknowledged the challenges facing airports and concessionaires in reopening during such tumultuous times, but he urged concessionaires to open as many venues as possible to feed the enthusiasm for leisure travel.

Travelers “are looking to have fun,” Sisneros said. “They’ve been locked up for months. They’re looking to do something different. They want to spend some dollars – they’re going to have a drink, they’re gstoing to sit down and [have a meal].”

He shared that during recent travels, restaurants and bars were bustling in airports that had fully open concessions, while in other airports the vibrancy is lacking, in part because of shuttered shops and eateries. “I can promise you people are ready to spend money,” he said, adding that “we’ll certainly play a role to encourage our airport partners to open up as many concessions [as possible], because we’re hearing our customers are demanding it.”

Ongoing attention to safety and cleanliness is crucial, Sisneros added, noting that travelers are noticing the attention to those details conveyed by both airports and airlines, which is then translating to more confidence in transitioning back to pre-pandemic behaviors.

“We have to educate and reassure our customers,” he said. While airports, airlines and concessionaires can’t control the broader ebbs and flows of the pandemic and vaccination efforts, they can “make sure customers feel safe while they’re in their facility,” Sisneros said. “So we all have a role in this. If everyone does their part in this customer’s travel through, then I think you’re going to see those passenger numbers start to increase.”

For Southwest specifically, the airline isn’t sitting tight waiting for traffic to come back. It’s been aggressively expanding into new markets as the balance of volume and power shifts among airlines.

“We took a different approach than our competitors,” he said. “We’ve announced 17 new markets in the last eight months. If you look at a particular market that we’ve been in for 20 years, because the customer demand that that market only goes so deep because of COVID and the pandemic, we felt we needed to chase new customers. And we had idle assets with airplanes and employees, and we wanted to put them to work.”

The new markets are “almost 10 to 15 years of new city growth” based on pre-pandemic expansion levels, Sisneros said. “It’s been so encouraging for our employees to rally to get these flights. Personally, I’ve been on a number of these airport visits prior to announcement, and it’s been fun and exciting to meet with these airport partners – airports that have been Southwest service for years and years.”

Sisneros added that new markets and passengers will only fill a portion of the shortfall. “It’s still going to take the corporate business traveler to get back to those 2019 levels, which will probably take a little while,” he said. “But the trends are in the right direction and we just need to all work together to make sure the trends stay in that direction.”

Also on the call, Nick Crews, ARRA’s chair of government affairs, updated listeners on funding from the U.S. government. Airports are working with the Federal Aviation Administration to roll out funding from the Coronavirus Response and Relief Supplemental Appropriations Act (CRRSAA), and at the same time the FAA is working Congress and stakeholders on the interpretation and upcoming implementation of funds from the American Rescue Plan Act passed earlier this year. “We’re expecting that the FAA will provide a Frequently Asked Questions, also known as FAQ ,with responses and guidance to all stakeholders regarding the airport rescue plan act funding in the coming weeks,” Crews noted.

In addition, Crews said the Small Business Administration has approved 8.7 million loans totaling $734 billion. Separately, the SBA is gearing up to administer the Restaurant Revitalization Fund, part of the American Rescue Plan, which allocates $28.6 billion in loans and grants to restaurants.