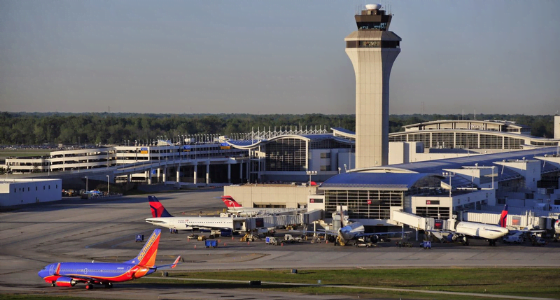 Fitch Ratings hinted at potential ratings stabilization for both airports and airlines Wednesday but said multiple conditions will need to align before that happens.

Among them was the expectation that “airports should be in position to charge airlines and tenants according to their respective agreements, after the existing accommodations to waive/defer charges and payments end.” The ratings agency noted that could be assisted by “prudent use of federal aid.”

Even more important for ratings stabilization, according to Fitch, is “increasing evidence of a sustainable recovery in air travel continuing or improving at the current pace,” the agency said on the Fitch Wire page. “For airport credits in particular, we would look for reported traffic levels performing to our current rating case recovery forecasts, with enplaned traffic levels exceeding 50 percent of pre-crisis levels, and continuing to rise in the coming months. Containing coronavirus variants and lifting travel restrictions would provide more visibility to airports and airlines, allowing for improved operations planning and capital management.”

“Airports that can fully apply the sound recovery frameworks of their respective airline agreements, coupled with improving revenue generation derived from non-aeronautical sources, are better placed for a return to financial and cost metrics in line with pre-crisis expectations,” it continued. Fitch will assess whether airline and tenant performance under contracts is stable or improving, particularly when existing payment waiver or deferral periods expire.

Currently, airports are in a better position than airlines, Fitch said, due to their more limited financial exposures incurred since the start of the pandemic.

Absent any new setbacks to aviation, Fitch said it anticipates that airport key credit metrics can be progressively restored to pre-pandemic forecast levels within the next four years. In most circumstances, cash reserves have been maintained at near historical averages and are likely to further improve as the recovery progresses. Ample federal support to airports as part of the three major federal stimulus bills provided substantial cashflow and liquidity and reduced the need to support finances through borrowing or equity.

For airlines, federal aid also helped sustain liquidity, but some airlines are not expected to achieve credit metrics that support higher ratings until 2023 or later. “Airlines will need to focus on cost control and expense reduction to enable a return to pre-pandemic margin levels,” the Fitch-written commentary said. “Fitch will look for increased financial flexibility, with a return to or sustained positive cash flow, as evidence of improvement in airport credit profiles. Airlines have increased leverage during the pandemic and some are heavily indebted; decreasing leverage will be necessary for ratings stabilization. This is more challenging for airlines with high capital spending needs, particularly airlines with older fleets.”

“Airlines with predominantly domestic routes and reliance on leisure travel are better positioned to recover, while those with material exposure to business and international travel will lag,” Fitch continued. “Passenger traffic remains more than 40 percent below 2019 levels, but we expect it to return to 70 – 75 percent of pre-pandemic levels by YE 2020, driven by increased traveler confidence and pent up demand.” Fitch assumes that enplanements will return to 100 percent of 2019 levels by 2024.