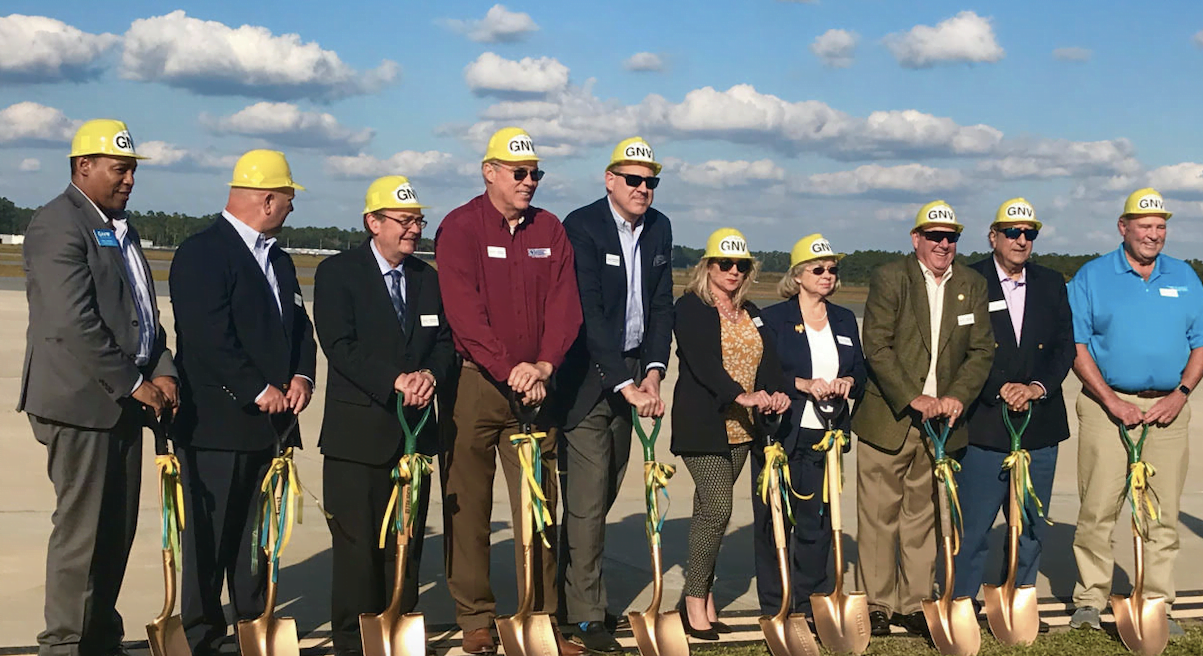 The $16 million terminal expansion, expected to be completed in late 2021, will feature expanded restrooms, a second food and beverage area, a mother’s lactation room, a quiet/reflection room, a possible child’s play area and an outdoor pet relief area.

“This project is paid for by a combination of state and federal grants, along with passenger facility charges, or PFCs, collected by our airlines,” says Allan Penksa, CEO of the Central Florida airport. “Most importantly, there is no local tax involved. It is the second of four phases of terminal investment, and it won’t be very long before we get going on these final phases, adding two new passenger boarding bridges to connect to this expansion, a new outbound, baggage screening/ handling system and additional airline operations space to better accommodate existing and future carriers.”

In the last 12 months, GNV added nonstop service to Dallas-Fort Worth International Airport (DFW), a second screening lane and TSA PreCheck, along with increased parking capacity. By the end of October, year-to-date traffic at GNV was very close to surpassing its all-time record of 476,396 passengers in 2018. Penksa says the airport has recently maintained load factors of around 87 percent.