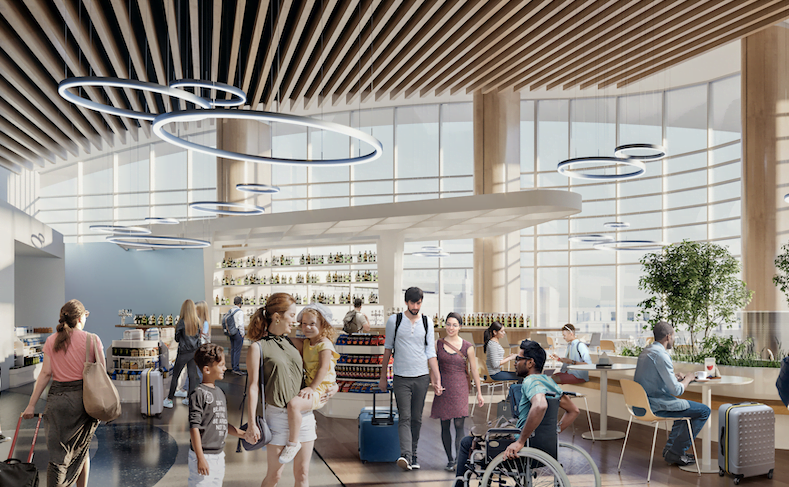 The Gerald R. Ford International Airport (GRR) this week announced Project Elevate, a multi-project development initiative that begins with a $90 million extension of Concourse A to accommodate projected passenger growth over the coming decades.

Construction of the extension starts next spring and will add eight gates and new passenger amenities. Expansion of the terminal apron to support this state-of-the-art concourse is already underway and is being funded by more than $14.4 million in federal and state commitments from the FAA and the Michigan Department of Transportation.

The other components of Project Elevate will be the addition of a federal inspection station, or FIS, capable of screening international commercial passenger flights and the relocation of the current air traffic control tower to make way for additional tenant hangars, more parking and other improvements.

“Project Elevate will change the skyline of the airport. It sets the stage for not only the airport’s growth, but our region’s as a whole,” says Dan Koorndyk, board chairman for the Gerald R. Ford International Airport Authority in announcing the airport upgrades. “Our airfield still has plenty of capacity, but our terminal has a number of choke points. Project Elevate will address these issues, building on the success of our Gateway Transformation to create an airport ready to serve the modern passenger.”

Project Elevate is being funded with a combination of federal and state grants, municipal bonds issued by GRR and user fees. GRR has experienced double-digit passenger growth for the past 19 months, including an increase of 16 percent to more than 3.26 million passengers last year.