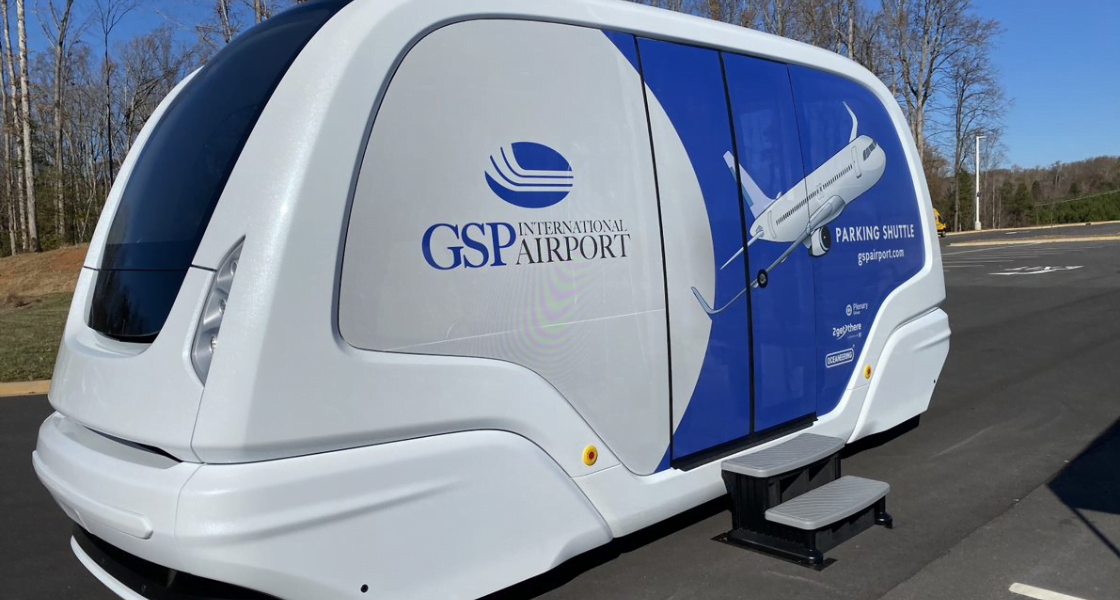 The demonstration was designed to show airport and community partners the capabilities of the latest Group Rapid Transit (GRT) vehicle technology and its application to the airport environment.

It illustrated, according to GSP officials, that automated vehicles can be used as parking shuttles or as cargo delivery vehicles, among other potential uses.

The demonstration was led by vehicle operators Oceaneering, the Plenary Group, and 2getthere, which is a part of the ZF Group.

GSP’s investigation of all-electric automated vehicle technology began in 2015 when a study was conducted to determine how best to provide cost effective transportation to the airport’s remote parking lots. In 2016, the airport expanded its research to include how automated vehicles could be offered on an on-demand basis. In the demonstration, the GRT was able to operate from a parked location, through a designated course and return to a desired stop as determined by buttons pushed by the passengers in the vehicle. All this was achieved without a driver or gasoline power.

“We think the future for all-electric automated Group Rapid Transit vehicles in the airport environment is very bright and we look forward to further investigating applications for GSP,” said Dave Edwards, president and CEO for the Greenville-Spartanburg Airport District, operator of GSP.

The GSP-branded GRT vehicle will offer additional demonstrations of its capabilities at the upcoming Pod Car City Conference in Atlanta, GA from December 9-10, 2021.