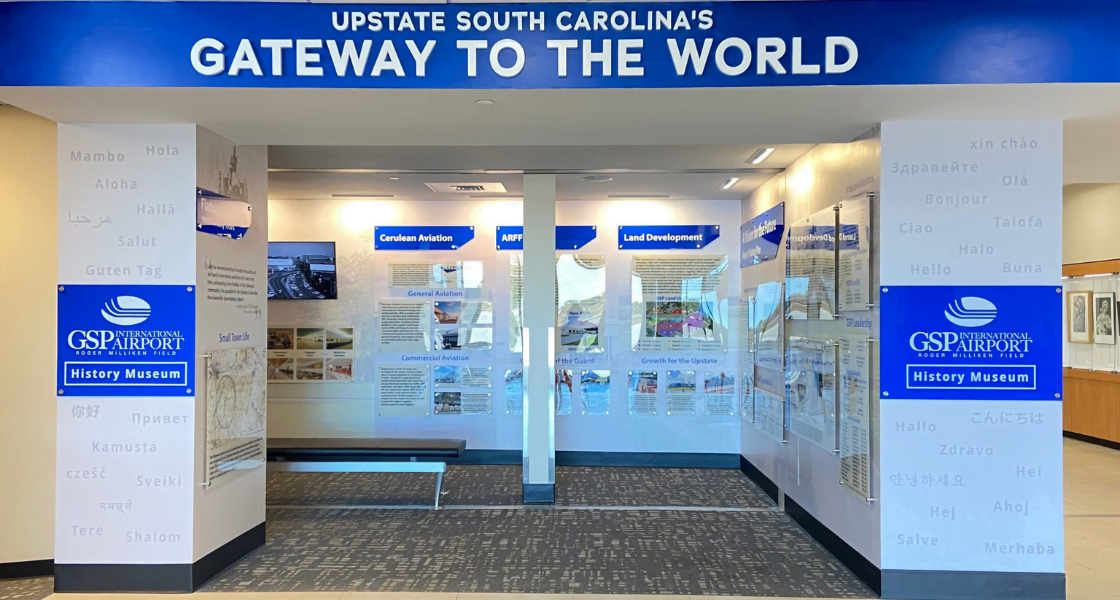 Greenville-Spartanburg International Airport (GSP) this week officially unveiled a new Airport Museum, celebrating the airport and its contributions to the region and its economy since its opening in 1962.

The 350-square-foot museum is located near the MAG Escape Lounge in GSP’s Grand Hall, and provides a detailed look at airport from the founders’ vision in the 1950’s to the present day and onto an exciting future through 2040 and beyond.

Included are rarely seen photos, videos, and first-hand accounts of the airport’s growth and its introduction of many aviation innovations that are now considered common at airports across the globe.

“As we approach sixty years of service, we want to tell the story of GSP’s transformation from a regional jetport to an international airport and the inspired vision of its founders that made the airport possible,” said Greenville-Spartanburg Airport District President and CEO Dave Edwards. “The museum gives passengers a glimpse of the intertwined history of the airport and the Upstate community and celebrates one of the most unique airports in the nation.”