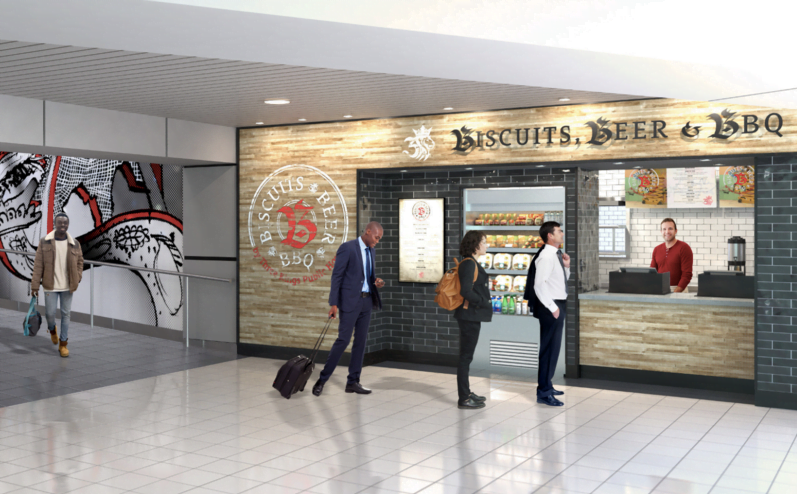 Located in STL Terminal 2, Biscuits, Beer & BBQ features a menu that includes breakfast items such as biscuits and gravy and egg, bacon and cheese biscuits. Lunch and dinner options include buffalo chicken biscuit sandwiches featuring Three Kings’ award-winning buffalo sauce and BBQ-oriented side dishes such as fries, slaw, and macaroni and cheese.

The location provides grab-and-go as sit-down dining options and also offers a local selection of St. Louis beers on draft, such as 4 Hands Incarceration, that will pair well with biscuits and BBQ.

In partnership with HMSHost, Three Kings brought a signature atmosphere and style to STL with exposed brick, rich wood trim, and medieval candelabra chandeliers under the watchful eye of the pub’s namesake kings – Elvis, Henry VIII and King Kong.