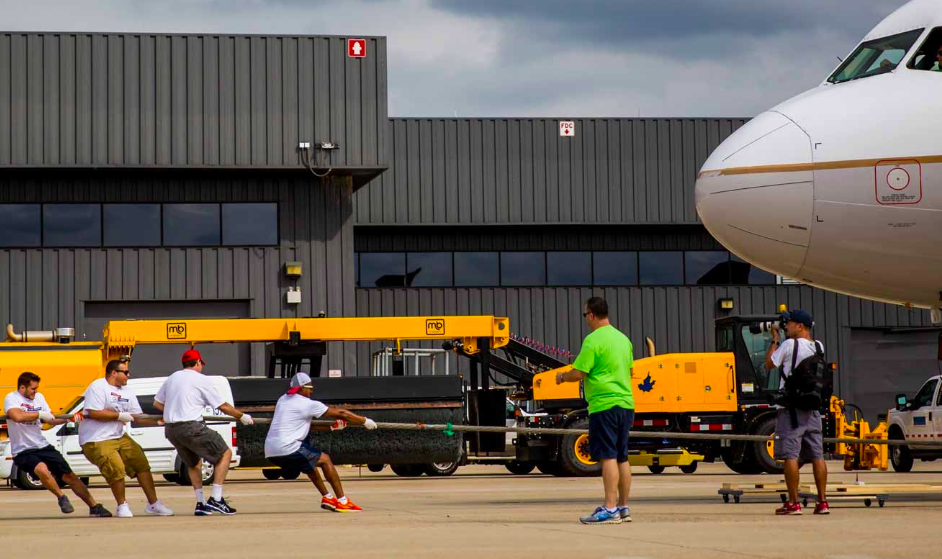 Washington Dulles International Airport (IAD) will welcome thousands of visitors this Saturday, September 14, for its annual Dulles Day Plane Pull, the highlight of which is an attempt to pull two 82-ton aircraft.

The event, which has raised more than $2 million for Special Olympics Virginia since its inception more than 25 years ago, also features a 5K/10K race on the runway, aircraft displays, games, vendors, a classic car show, airfield tours and more.

The signature event will involve nearly 100 teams from communities across the region, divided into to two groups that will attempt to pull two planes with ropes in a friendly competition that originated at Dulles 27 years ago.