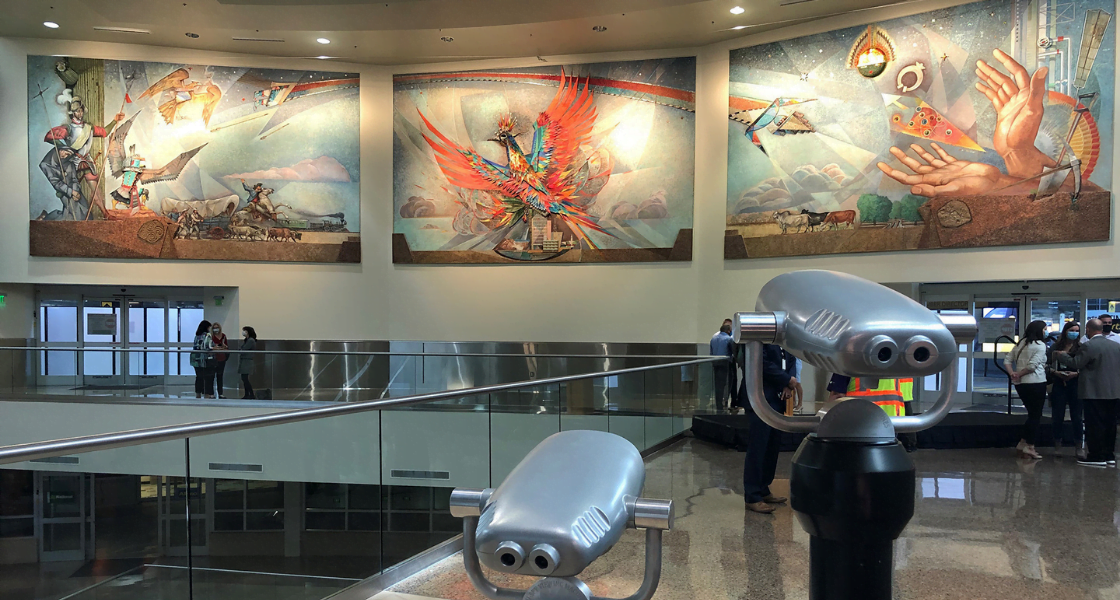 Phoenix Sky Harbor International Airport (PHX) announced that the popular mural, The Phoenix, which attracted admiration from travelers for more than five decades when showcased in Terminal 2, has been relocated and can now be seen at the airport’s Rental Car Center.

The Phoenix, a triptych 75 feet wide and 16 feet high, is believed to be the first piece of public art commissioned by the city that was chosen through a public process. City leaders invited artists in 1960 to submit concepts. Paul Coze’s design was eventually selected and his mural debuted in 1962.

The mural resided in Terminal 2 and the terminal was decommissioned in early 2020. The mural had already been designated for relocation and was recently installed at the Rental Car Center.

“The history represented in this mural – from the imagery of Hohokam symbols, modern tribes and Latino heritage to mining and technology depictions – speaks to each one of us,” Phoenix Mayor Kate Gallego said at a ceremony celebrating the re-hanging of the landmark mural. “We are all represented in this work of art.”