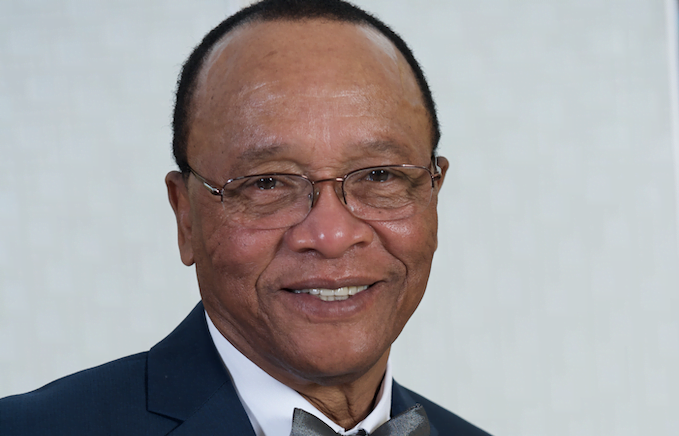 When Clarence Daniels decided to leave the comforts of a steady job with a large concessionaire to found his own Airport Concessions Disadvantaged Business Enterprise operations firm, the first person he sought support from was Charles Johnson.

Johnson, whose roles in 34 years with Concessions International spanned from operations to industry ambassador, was managing CI’s operations at Los Angeles International Airport (LAX) at the time, but he could not have been more generous with his time and support, says Daniels, who ran CMS Hospitality from 1992 until selling most of the operations in 2016 and turning the rest over to his son Anwar.

He “spent hours with me discussing airport operations,” says Daniels, who says the two grew close personally. “We remained friends over the years and talked often about our sons and how to be successful fathers.”

Johnson, affectionately known to his friends in the industry as “CJ,” passed away late last week at age 67. Concessions International CEO Donata Russell Ross announced his death on Monday.

“CJ recently celebrated his 34th anniversary with Concessions International and he was much more than a loyal employee,” she says. “He was a dear friend and a loving ‘brother from another mother’ to all who worked with him. He impacted our lives greatly and we, like you, will miss him dearly. He was one-of-a-kind and will never be replaced or forgotten.”

Daniels was not the only industry figure affected by Johnson’s knowledge personally or professionally over the years. Darryl Daniels, CEO and managing partner at Jacobsen/Daniels Associates, chaired the Airport Minority Advisory Council (AMAC) board from 2012 to 2016. He credited Johnson for participating in the organization at every level.

“CJ was dedicated to AMAC,” Daniels says. “For years he coordinated all the menus for the annual conference as a member of the conference planning committee. More recently he was known for connecting people and firms for business opportunities in the industry.”

Johnson held many roles with CI, starting as director of food and beverage leading the company’s LAX operations in 1985. Most recently he was vice president of corporate relations, responsible for external communications, community relations and corporate social responsibility. He also oversaw relationships with the company’s clients, franchisers and business partners.

Before joining CI, he was a general manager for Motorola Foodworks in Phoenix, general manager at the Sheraton Waikiki Hotel in Hawaii and held management roles with the Dallas Cowboys, Quality Inns of America, Le Baron Hotel and Magic Pan.

There will be a Celebration of Life service and reception at the Carter Center in Atlanta on Sunday, October 27 at 3 p.m. Justin Johnson, son of Charles Johnson, is asking that in lieu of flowers, folks consider donating to The First Tee of Metro Atlanta in his memory.