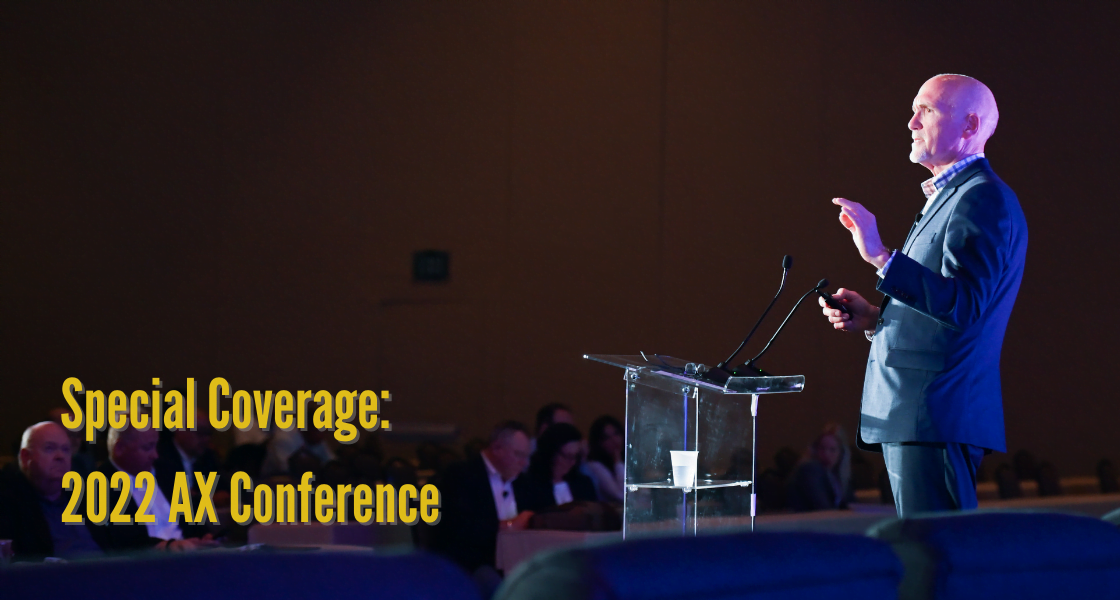 The tumult of the past two years has upended standard operating procedures, forcing rapid change in an industry that is already in constant evolution. The Airport Experience Conference invited experts from inside and outside the airport industry to offer their insights about everything from food and retail trends to tech advancements to airline strategies and more.

Swelbar was first to present on the topic of “Airline Actions And Their Impact On Airports” and he began with some good news: “The airline industry has stopped burning cash.” However, there was a “but”—the availability of pilots and of mechanics continues to be a major issue. “We really have to talk about this regional airline system: So much of it was envisioned 44 years ago when the industry was de-regulated and Jim Oberstar promised that if you had air service on that day in 1978, you will forever have air service,” he said. “It’s really hard to fly to places when you don’t have the right sized airplane and you don’t have enough pilots to fly the wrong sized airplane. And that’s kind of where we are.”

Swelbar noted that there is no aircraft technology or airline fix to help with the issue of too few pilots and mechanics. And the pilot training rules put into effect in 2013 will only make this worse. “The 535 lawmakers on Capitol Hill are finally going to have to accept the fact that the pilot rules increasing the number of training hours from 250 to 1,500 is going to accelerate what has been inevitable, and that is that all airports cannot be served.” Swelbar recently released a paper on what data-supported common sense decisions can be made to alleviate these issues. It concludes that the answer is either more pilots and a brand new small regional aircraft (which Swelbar admitted was unlikely to happen) or less infrastructure expecting commercial service. “We judge airport success too much by the availability of commercial service at the smallest levels, and we need to rethink that,” he said.

Riehle took to the stage next to present on the current state of the restaurant industry and where it is heading for the remainder of this year. “Of all the industries in America, the restaurant industry was the most impacted in terms of sales and employment declines during the pandemic,” he began. “It is currently around a $900 billion industry, but the first year of the pandemic that dropped down to $649 billion.” He noted that while there has been gradual recovery, table service dining is still suffering. The off-premise segment—including takeout and delivery—became a lifeline for the industry during the pandemic and continues to remain elevated. Another outcome of the pandemic was the increase in digital ordering—pre-pandemic about five percent of all orders were digital and during the pandemic that approached 20 percent. “This is a very important development for the industry operationally overall, because when technology is applied against an extremely labor intensive industry, there can be substantial productivity and efficiency gains,” Riehle said. Recruitment of labor remains a huge challenge for restaurant operators and will continue to be for the foreseeable future, with the industry experiencing the highest annual rate in labor cost growth in 43 years.

Riehle then highlighted some tactics restaurant operators employed during the pandemic to survive, noting that streamlining and digitizing menus was one of the most important things. Digital systems in general will only become more relevant, as younger diners have come to expect to use technology at restaurants. As for food and beverage trends, Riehle highlighted sustainable packaging, plant-based sandwiches, bowls, global flavors, and less expensive chicken and beef cuts. To conclude, Riehle noted that while 39 percent of operators say it will take more than a year before business conditions to return to normal—with one out of two saying it will never return to normal—the demand for restaurants among consumers remains. “90 percent of Americans report that they want to use a restaurant, and you can’t get 90 percent of Americans to agree on anything,” he said.

Next up, Murray presented on “Using Digital Technology To Enhance Non-Aero Revenue.” Last fall, the Meehan Aviation Group was tasked by the Airport Cooperative Research Program (ACRP) to examine the use of digital technology in airports and the group’s report will be complete this summer. Murray’s presentation covered some of their research findings thus far. “You can think about what I’m going to discuss as the intersection of non-aeronautical revenue meeting customer service meeting technology,” she began. “The problem statement for us was that in 2020, when the world fell apart and we had a global pandemic. It brought about a lot of devastation to our industry and $5 billion in revenue was just gone, 70 percent of which was non-aeronautical revenue.” She explained that pre-pandemic, non-aeronautical revenue per enplanement was growing modestly—up 70 cents from 2015 to 2019—but that kind of tepid growth is not going to make up the shortfall. “You really need technology to help get those numbers up and it’s here and it’s available—you just have to leverage it.”

Murray pointed out that airports have a number of opportunities to collect data from their travelers, including tracking phone movements and using technology like LiDAR scanners; 3D sensors; apps; QR codes; wi-fi sign-ups; e-commerce; online food and beverage orders; and social media. The ultimate goal is to digitize the passenger journey to better understand and influence traveler behavior. As part of its research, the group has interviewed almost 15 airports, five tech companies, two concessionaires and two market sources. Murray gave a quick overview of the group’s observations so far, namely that COVID has accelerated development of these technologies, with parking and dining tech leading the way. “An integrated platform of the passenger’s journey from home to gate is not yet there, but there are airports that are further along on the spectrum, and it has gained momentum,” she said, pointing to Metropolitan Washington Airports Authority (MWAA), Minneapolis–Saint Paul International Airport (MSP), Austin–Bergstrom International Airport (AUS), and Reno–Tahoe International Airport (RNO) as some of the standout airports making waves in this area.

Waller was next to present on “Optimizing Airport Revenue Through An Al-Powered Digital Marketplace,” and he began by providing examples of the type of service AI companies like FetchyFox can provide for airports. “What we’re doing includes digital marketplaces, which is what I’m here to talk about today, but also things like forecasting security lines weeks in advance so people can go in and find out how long it will take them to get through security next Tuesday, and then sign up to be notified if things change.” He then shifted to the main focus of his talk, which was how ecommerce can help airports maximize their revenue and margins, using success stories from Amazon and IKEA to illustrate his point. AI-recommended purchases, which are based on consumer behavior, increased Amazon’s total revenue by 35 percent, while IKEA’s transition during the pandemic to AI-powered e-commerce resulted in basket sizes increasing by three to five times.

Waller concluded his presentation with several examples of how AI-powered digital marketplaces can be beneficial to operators and airports. These platforms can increase the average check size of digital purchases with Amazon-like recommendations; do A-B testing to find the most effective marketing strategies; eliminate queuing at restaurants and stores; optimize inventory with precise forecasts and increased promotions of excess items.

Finally, Gregory took to the stage to offer the college campus perspective with his presentation “Finding Synergies in Non-Traditional Markets.” He began by acknowledging that the campus dining and retail business model is significantly different than that of airports, but that it’s worthwhile to look at what campuses are doing in this area. “It will help you get an idea of what these young people who are going to become your frequent travelers in a few years are used to seeing,” he said. “A lot of the upcoming concessions trends being discussed at this conference are happening right now on college campuses—so campuses may provide you with a roadmap of airport retail in the future.”

Gregory then detailed what’s trending on campuses right now, including robot food delivery, online ordering, subscription dining, ghost kitchens, autonomous retail, and electric vehicles offering grab-and-go items. He concluded his talk with forecasting on what college-educated business travelers will be like in 2035: They will be comfortable interacting with robots; will have learned in a virtual or augmented reality world; will consume art and other media immersively; and will be intentional about managing stress.