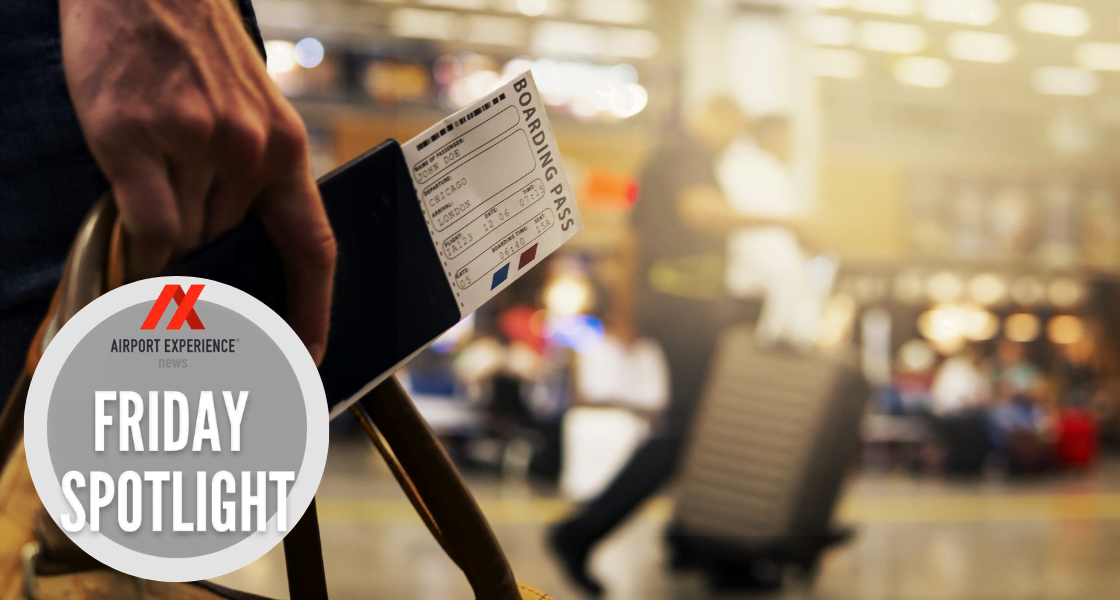 Inbound travelers to the United States are returning in droves this summer, a boom prompted by the early June action by the U.S. government to drop the requirement to COVID test before entry.

According to new data released by the World Travel & Tourism Council and its partner ForwardKeys on international flight booking trends,  the long-awaited recovery of international traveler spending in the U.S. is finally underway. ForwardKeys’ data shows bookings increased by 93 percent during the past six weeks compared to the same period last year. Despite that, international spending in the U.S. is still lagging other destinations and is not expected to reach pre-pandemic levels until 2025.

“The spike in inbound bookings validates the U.S. government’s decision to ease travel restrictions by scrapping testing for visitors and returning U.S. citizens – something other economies did long ago,” said Julia Simpson, WTTC president and CEO.  “The year-over-year improvement is promising, but there is still a way to go for travel to the U.S. At the current rate of recovery, international visitor spending will not reach pre-pandemic levels until 2025.”

WTTC‘s latest annual Economic Impact Report showed 2021 international visitor spending growing only 1.4 percent, reaching $40.3 billion, but falling far short of 2019’s total of $190.9 billion. The report predicts that many countries’ travel and tourism sectors will bounce back to pre-pandemic numbers next year, but the U.S. is not expected to fully recover until 2025. 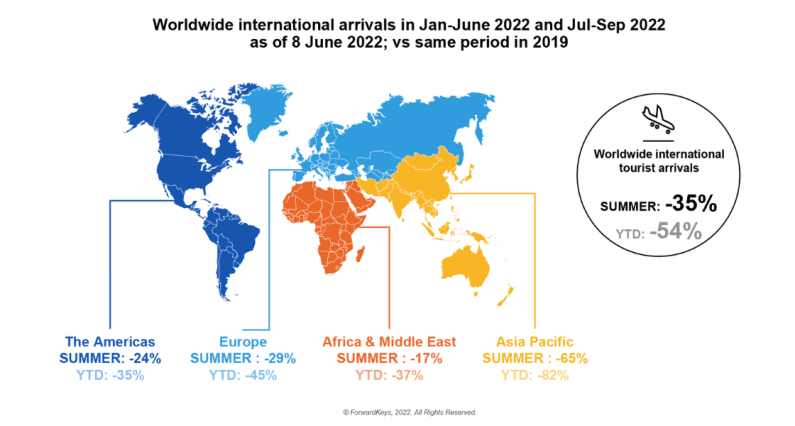 ForwardKeys data released separately from the WTTC data shows that the overall travel revival is patchy, with some parts of the world doing much better than others and some types of travel, particularly beach holidays, being much more popular than urban city visits and sightseeing.

The Summer Travel Outlook Report, produced for the World Travel Market by ForwardKeys, reveals that in the third quarter of the year, July, August and September, global air travel is set to reach 65 percent of 2019 levels. The research company noted that some types of travel, particularly beach holidays, are much more popular than urban city visits and sightseeing.

Rising airfares have thus far done little to dampen demand, the research company reported. The average fare from the U.S. to Europe climbed by more than 35 percent betweenJanuary and May with no noticeable slowing in booking rates. The fares were nearly 60 percent above the previous year, ForwardKeys reports.

“With 2022 seeing travel restrictions lifted, connectivity re-established, and consumer confidence regained, demand for international travel is on the rise once more, marking a departure from the domestic travel trend that dominated in recent years,” said Olivier Ponti, VP of insights, ForwardKeys. Ponti also noted that leisure destinations remain top spots for travel.  “In Q3 this year, holidaymakers are relatively much keener to leave the pandemic behind with a relaxing break on the beach than they are to consume culture, cities, and sightseeing.”