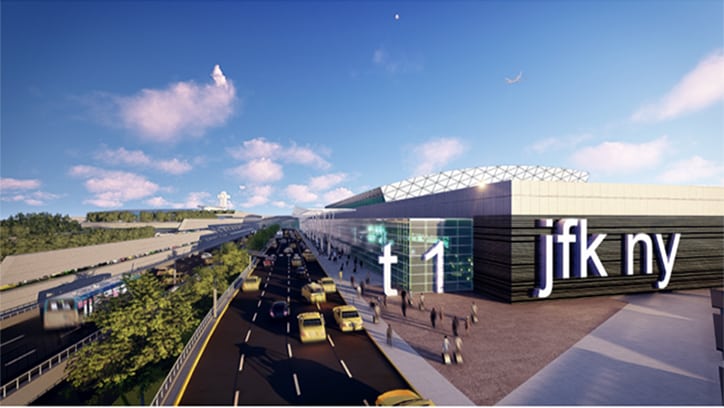 New York Governor Andrew Cuomo on Wednesday unveiled a $10 billion plan to transform John F. Kennedy International (JFK). Based on the recommendations of the Governor’s Airport Advisory Panel, the vision plan lays out a comprehensive, airport-wide framework to create a unified, world-class airport.

“Our vision plan calls for the creation of a unified, interconnected airport that changes the passenger experience and makes the airport much easier to access and navigate,” Cuomo said.

Cuomo said the revamp “has the potential to drive up to $7 billion in private investment,” referencing airlines and terminal developers/operators who will be expected to invest in infrastructure. The project also includes $1.5-$2 billion in roadway work, plus additional costs for expanded mass transportation.

And Pat Foye, executive director of the Port Authority of New York and New Jersey, said, “John F. Kennedy Airport was once a world-class transportation hub, envied by the entire nation. Today it is choked with traffic and burdened with outdated systems and decaying infrastructure. Governor Cuomo’s landmark plan to revitalize JFK will put New York back on the map as a premiere destination by building a new golden gate to this state.”

“Through strategic investments and collaborative efforts of our public and private sectors, the completion of this state-of-the-art transit center will meet the needs of 21st century travelers for many decades to come,” Foye added.