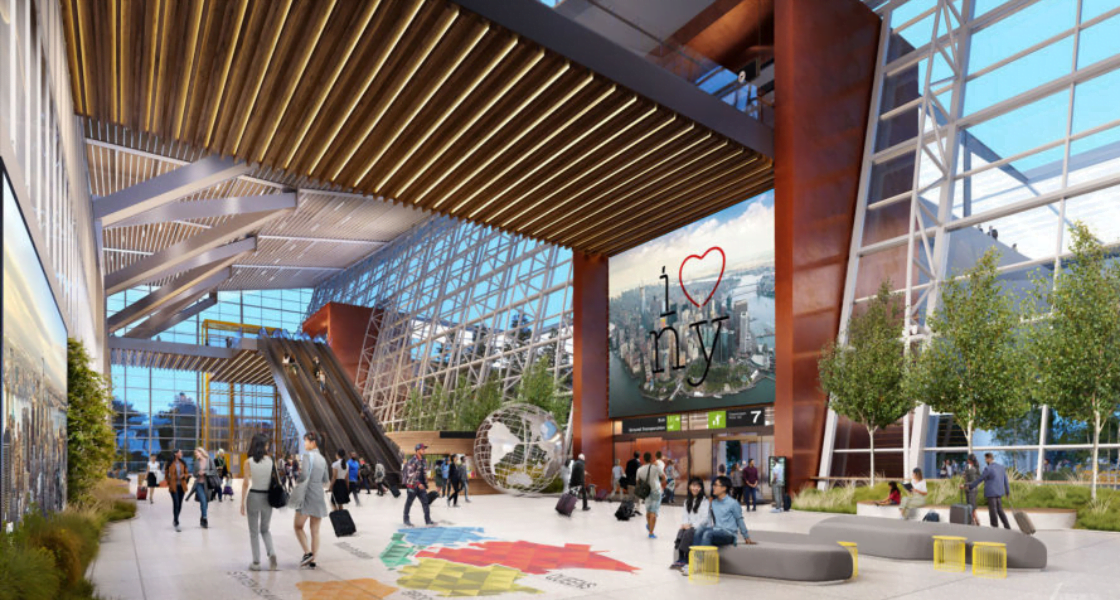 The $9.5 billion New Terminal One project at John F. Kennedy International Airport (JFK) has secured financial and environmental approvals that will allow construction to start on the first phase this summer, according to New York Gov. Kathy Hochul.

“The construction of this new state-of-the-art terminal at JFK is key to our vision for a new era in New York,” Hochul said in a press release issued by the Port Authority of New York & New Jersey (PANYNJ), operator of JFK. “This transformative project is moving forward full steam ahead and when complete will provide for a passenger experience that serves as a model for the unparalleled potential of New York. Congratulations and thank you to everyone who has put in the years of hard work to make this project possible.”

The PANYNJ board recently voted to approve a new lead investor in the project. Ferrovial, a global airport operator, will acquire 96 percent of The Carlyle Global Infrastructure Fund’s 51-percent stake in the New Terminal One, the consortium that was selected to design, build and operate the state-of-the-art terminal.

JFK’s New Terminal One will be built on sites now occupied by Terminal 1, Terminal 2 and the former Terminal 3, where it will anchor JFK’s south side. At 2.4 million sq. ft, the new terminal will be the largest terminal at JFK, and nearly the same size as the new LaGuardia Airport’s (LGA) two new terminals combined.

PANYNJ said construction of the new terminal will take place in phases. The first phase, including the new arrivals and departures hall and first set of new gates, is expected to open in 2026.

After completion of all three phases in 2030, the New Terminal One will have 23 gates as well as bright and airy check-in halls and arrival spaces designed to enhance the customer experience and compete with some of the highest-rated airport terminals in the world. Among the amenities planned for the new terminal are New York-inspired dining and retail establishments, lounges, an indoor green space and family-friendly features.

“With a new LaGuardia Airport substantially complete and a new Terminal A at Newark Liberty Airport nearing completion, today’s announcement about moving forward with a New Terminal One at JFK is another demonstration of the Port Authority’s commitment to creating world-class airports for our region,” said Kevin O’Toole, PANYNJ chairman. “The unprecedented level of investment by our private partners is a vote of confidence in the future of our region and our ability to take on and complete extraordinary projects that will serve as an inspiration for generations to come.”

The New Terminal One builds on the momentum of the other three major components of the airport’s transformation. The $3.9 billion development of a state-of-the-art new Terminal 6 to be built on the airport’s north side by JFK Millennium Partners, will seamlessly connect with JetBlue’s existing Terminal 5. It was approved by the Port Authority Board of Commissioners in August with construction expected to begin by the end of the year.

The $1.5 billion expansion of Terminal 4, led by Delta and JFK International Air Terminal, was approved in the spring and is now under construction. Additionally, work began in December 2019 on the $425 million expansion of JFK’s Terminal 8, led by American Airlines, which operates the terminal, and British Airways, which will be relocating to Terminal 8 from Terminal 7. Terminal 7 will be demolished to make way for the new Terminal 6.

Combined, the projects represent an $18 billion transformation of JFK and an extraordinary public-private partnership, authorities say.