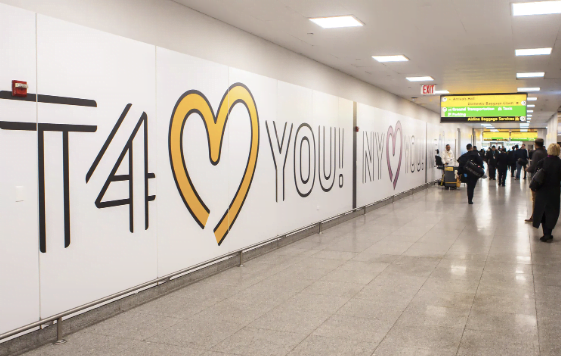 KLM Royal Dutch Airlines will be celebrating its 100th anniversary as a company with a concert next week at John F. Kennedy International Airport (JFK) Terminal 4.

The Netherlands-based Royal Concertgebouw Orchestra will perform October 7, providing a festive day of music for passengers, airline workers and airport employees in the terminal’s Retail Lounge and at nearby gates to mark KLM’s distinction as the world’s oldest airline still operating under its original name.

Terminal 4 will also be decorated with blue tulips, banners and signage, and drinks and cake will be served to passengers during the event, announced JFK International Air Terminal, (JFKIAT), operator of JFK T4. The celebration in the terminal is one of the many KLM events taking place worldwide to observe this monumental milestone, along with the unveiling of a special 100th anniversary-edition porcelain house.