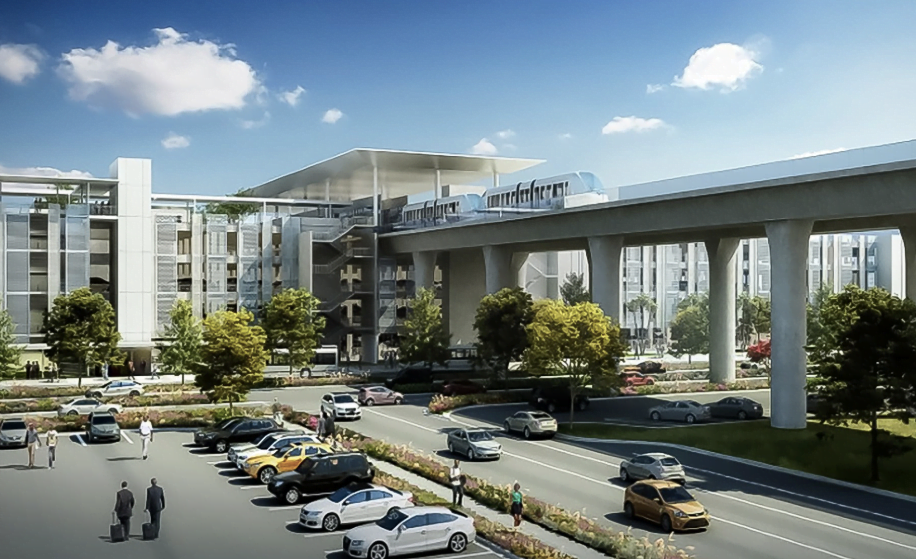 Los Angeles World Airports (LAWA), operators of Los Angeles International Airport (LAX), this week broke ground on a new Consolidated Rent-A-Car (ConRAC) facility that when completed should play a major role in reducing congestion around the airport and the surrounding communities.

At a ceremony attended by Los Angeles Mayor Eric Garcetti and local political, community and labor leaders, Los Angeles World Airports CEO Deborah Flint touted the ConRAC as an example of how LAX is being readied for significant growth going forward.

“We are future-proofing everything we build at LAX,” Flint said during the ground-breaking ceremony. “Every project under construction or on the drawing board will meet our needs now and be capable of adapting to new technology and demands.”

The facility’s flexible design will enable it to be adapted to accommodate new and emerging vehicle types such as autonomous vehicles. Additionally, movable concrete barriers will allow for the quick reallocation of space as rental car companies’ market shares shift.

The consolidated facility is a $2 billion public-private partnership between Los Angeles World Airports and LAX ConRAC Partners (LAXCP), with LAXCP designing, building, financing, operating and maintaining the facility for a 28-year period. LAXCP has committed to 30% local hiring and has also agreed to sponsor 100 new, local apprentices and feature all-union labor on the ConRAC facility.

The ConRAC will eventually be linked to an Automated People Mover train at LAX set to open in 2023 that will connect travelers directly to airport terminals and create new and convenient locations for passenger pick-up and drop-off outside the Central Terminal Area. Airport officials estimated the ConRAC will eliminate rental car shuttle traffic from the Central Terminal Area (CTA), which equates to 3,200 shuttle trips per day, improving traffic on the roadways and freeing up critical curbside boarding spaces at the airport.