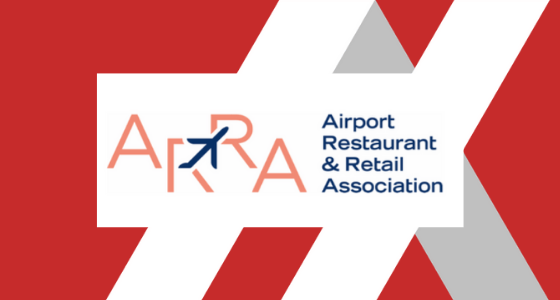 Airport finances and the extent to which they rely on contributions from concessionaires were the focus of the weekly industry call hosted by the Airport Restaurant & Retail Association (ARRA) Wednesday. Stephen Martin, chief commercial officer, Vantage Airport Group, and Warren Adams, managing partner of WJAdvisors, shared their expertise.

The amounts food and beverage and retail concessionaires pay in rents and percentage of sales contributions pale in comparison to contributions from airlines and other sources, Adams noted. He says in-terminal concessions account for five to seven percent of total airport revenue, while airline payments range from about 40 percent to 60 percent.

The relatively low percentage coming from concessions means that airports aren’t overly reliant on that source of revenue. And with the pandemic, the value of having a Minimum Annual Guarantee (MAG) as the basis for an agreement between concessionaire and airport became questionable, he said.

Going forward, contracts could be altered. “Maybe [airports] take a higher percentage versus a minimum annual guarantee,” Adams said. “I think that that’s going to have to play out and probably will play out over the next five to 10 years in terms of changes in the business arrangements.” He added that revenues from food and beveragem and retail tenants “typically do not cover the cost of providing the space that is in the terminal building.”

Martin said airports shouldn’t look at concessions as profit centers. “Even in a fully mature terminal that’s been around for a number of years, the cost basis of the space that’s provided the concessionaires doesn’t generate that much margin,” he said. Airports should view concessions as a “service center and an experience center,” he says, “but if you want it to be a profit center, it really doesn’t pay that much.”

That said, Adams explained that airports need to generate certain levels of revenue to pay their bond debt and maintain investment-grade credit ratings that ultimately allow them to borrow more money when needed for capital projects. Protecting a revenue stream – even one as small as concessions revenue – is important.

For new projects – terminal overhauls or new builds – the revenues generated by the airport from concessions often don’t cover the cost of the space. Martin noted that support from airlines on the scope of the concessions program is crucial. “I think it’s pretty important to align what the concession program looks like in terms of size and scale with what the airport sponsor wants from an experience point of view, but also what the leading airline or airlines think is appropriate,” he said. “Otherwise they won’t support the project because it’s just a drag on the project and it just otherwise increases the airlines cost.

“And, we know a lot of places where there are really old terminals that need to be replaced,” Martin continued. “You have to have a program that doesn’t become a drag on what the airlines pay. So the revenue’s important, but the space is probably more important.”

Adams also cautioned about overbuilding concessions. “To the extent you overbuild concession space in the building, most airports are operators are taking that on as a risk, and that becomes a drag” in difficult times, he said. “Also it ends up costing the airlines more to provide that space because all these costs are averaged across the terminal building….”

Given that, is there an argument for putting the brakes on capital projects until passenger and revenue projections become more clear?

“A lot of these projects have already started, they’ve already been funded,” Adams said. “You can’t really just stop these projects just right away.” A return to “normal” is also expected by mid-decade, he noted, and terminals are multi-year projects.

Martin added that once environmental studies are done and various permits granted, it’s difficult to stop without losing the progress that has been made. “If I were still at an airport, [the pandemic disruption] would not lead me to cancel a project that isn’t needed, particularly if it’s a replacement for a 40- or 50-year-old terminal, because the process of getting it permitted is so hard,” he said.

For both new builds and existing airports with fully built-out concessions programs, some right-sizing may be in order, the panelists said. Not only are concessionaires facing sharply lower passenger numbers, but also rising labor costs, deliver and security costs and other factors are weighing heavily.

Adams said the space can be re-absorbed by the airport. “There’s always new innovation that’s coming up in terms of the use of space and how it can be repurposed to generate some level of revenue,” he said.

For the concessions that remain, a rebalancing of risk is necessary. Adams noted that the prevailing wisdom before the pandemic was that traffic at many airports would always be on the rise, with occasional blips due to an economic downturn or other factors. “I think COVID has actually introduced probably a different level of due diligence for concessionaires about not only just the traffic, but also the airport operator,” he said. “[They want to assess] what the opportunity is at a particular airport and really understand what the risk profile is of the airport under a variety of different circumstances, to ensure that their business stays healthy.”

Adams also noted that airports have taken on a lot more risks over the years in terms of its operations, which “affects how they view different revenue sources and also affects how they, how they plan the future.”

Airport operators, when striking deals with an operator that require a MAG are “basically transferring traffic risk over to that operator,” Martin said. Fees that are aligned with actual passenger traffic are more equitable.

“You can’t get away from the fact that you have massive amounts of throughput risk and imposing it onto a concession operator isn’t going to solve any of your problems and is more likely to create more problems for the operation, even in good times, than it’s going to solve,” he added.

Martin suggested airports should step back and let concessionaires take the lead on their areas of expertise. “The question I would ask is, can we realign the responsibilities around what [concessionaires] do well and what airports do well?” he asks. “And if that means that the capital side of this equation has to completely change, I think that should be on the table. It’s just too much risk for a small operator, particularly an ACDBE, to come up with the capital to build out one of these shops to an airport standard, and then take on all the risks that goes with it. Maybe there’s a different way of slicing it because the airport’s good at one thing, and the operators know how to operate.”