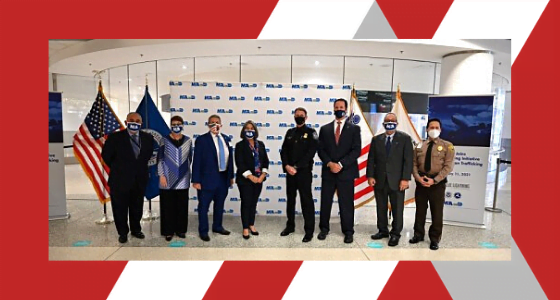 MIA is the first airport in Florida to join this training initiative to help ensure that the millions of Americans who travel each year, even during these “new normal” circumstances, are better informed and able to assist in this fight.

“MIA is proud to be the first airport in Florida to join the Blue Lightning Initiative,” said Lester Sola, MIA director and CEO. “Airports are uniquely positioned to help raise awareness and train its employees to properly identify and report suspicious behavior.”

MIA will provide the Blue Lightning training program to its nearly 1,400 employees, with all new employees receiving the training as part of the onboarding process. There are plans to expand the training to the entire airport community, including airline employees, in an effort to protect employees and customers,. Some carriers at MIA already participate in the program.

The Blue Lightning Initiative is an element jointly developed by the U.S. Department of Transportation (DOT) and U.S. Customs and Border Protection (CBP), a DHS agency. BLI trains personnel to combat human trafficking within the commercial aviation industry.