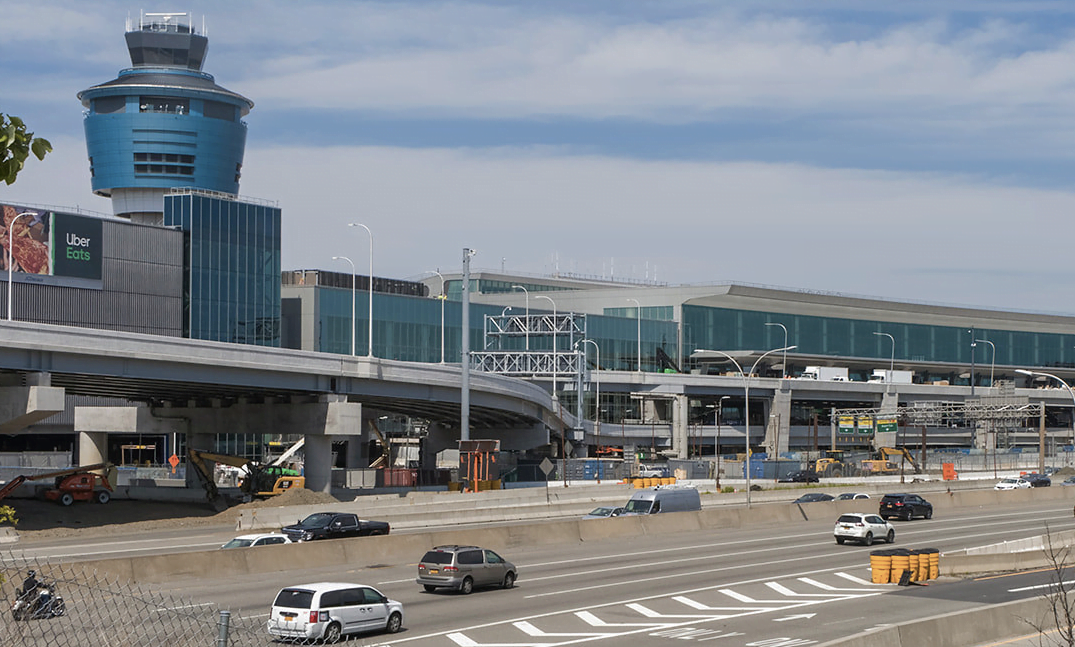 The $5.1 billion transformation of LaGuardia Airport’s (LGA) Terminal B reached a milestone this week when the Arrivals & Departures Hall opened.

The hall will welcome all passengers to Terminal B to check in, pass through centralized, state-of-the-art security screening, experience new shops, restaurants and amenities and pick up their checked baggage. The opening signifies that the project is about 80 percent complete.

“Today’s milestone represents an important step forward in our collective efforts to revolutionize one of New York’s most important gateways and a critical piece of U.S. aviation infrastructure,” says George Casey, a board director for LaGuardia Gateway Partners and CEO and chairman of Vantage Airport Group, a global investor, developer, planner and manager of airports.

Designed by HOK, the Arrivals & Departures Hall is 850,000 square feet. It includes nine baggage carrousels and two oversized luggage belts in the arrivals area, 75 counters located within four large check-in islands with eight rows in the departure area, an abundance of post-security concessions options and 17 restrooms.

Rick Cotton, executive director of the Port Authority of New York and New Jersey (PANYNJ), called the opening a major milestone, thanked construction workers, contractors and subcontractors who continued working while much of the country shut down to deal with the effects of COVID-19. This portion of the project was on-time and on-budget.

“Today’s opening should be a shining symbol of the region’s potential for a strong economic recovery,” Cotton says.

With the Arrivals & Departures Hall open, the LaGuardia Gateway Partners team will turn its efforts toward completing the final components of Terminal B, including demolishing the original terminal and opening gates in the western concourse. Once finished, the new Terminal B will include 1.3 million square feet of new space and elevated dual pedestrian bridges spanning active taxi lanes.