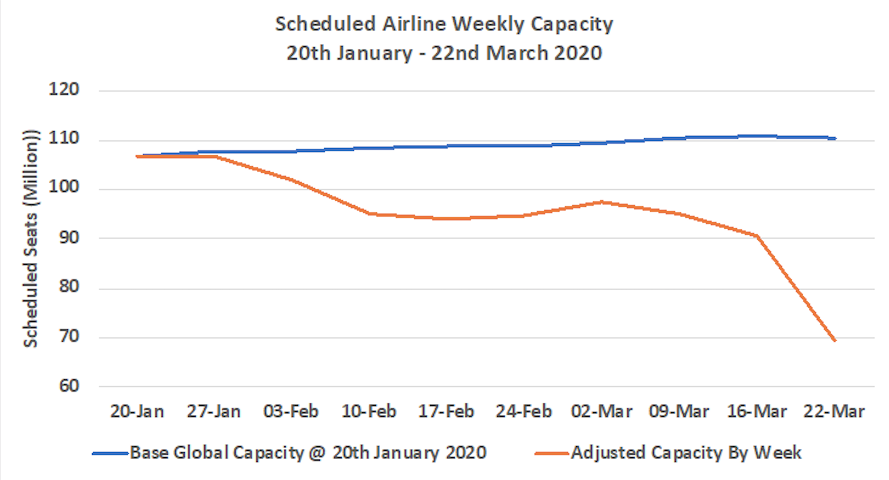 OAG reports global airlines are now flying 37 million fewer seats than 10 weeks ago, adding, “more is likely to follow in the coming weeks as airlines continually adjust their schedules.”

The report, authored by John Grant, OAG executive vice president – aviation, found capacity in Western Europe down by 53 percent in seven days, Latin America down 42 percent and the Middle East 33 percent – and that was before the announcement of emirates suspending services later this week.

North America capacity for this week only dropped 9.1 percent compared with the week of March 16. “Capacity from the United States will continue to decline as the major carrier’s worth through the precise detail of their already announced cutbacks,” the OAG report says.

The report notes the latest numbers exclude the majority of cuts the “top four” airlines have announced but are still working through. “Put another way; next week could be as bad as this week, if not worse,” Grant writes in the report.