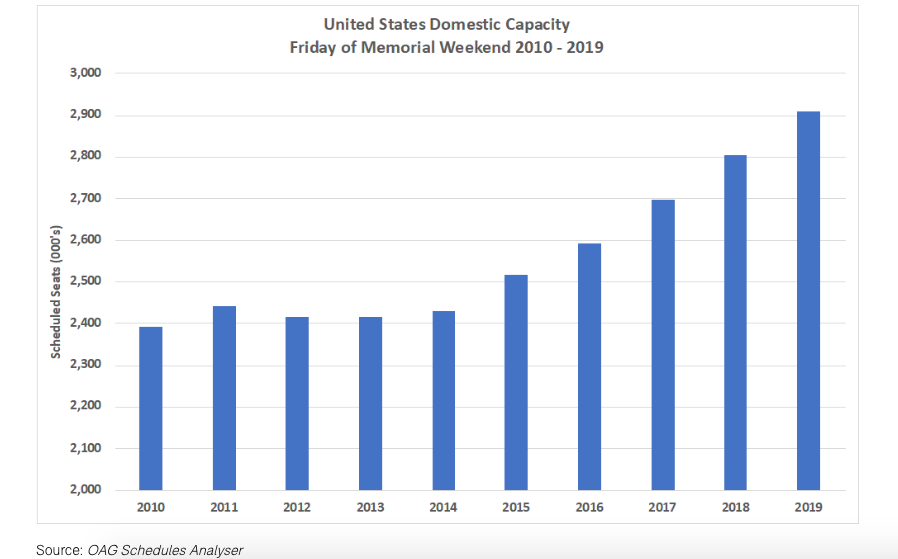 Memorial Day weekend air travel has grown seven of the last 10 years with airlines adding about a half-million scheduled seats since 2010, according to data unveiled recently by aviation research firm OAG.

Aside from a slight depression in the early 2010s, Memorial Day weekend has seen growth in air travel every year, with the Friday preceding the holiday typically being the busiest of the weekend, and, in fact, the year. About 2.9 million seats are scheduled for this year’s Memorial Day Friday, a 4 percent increase from last year’s numbers.

Hartsfield-Jackson Atlanta International (ATL) is expected to dominate the weekend as the busiest airport for domestic service, with Chicago O’Hare International (ORD) trailing by about 44,000 seats, and Dallas/Fort Worth International (DFW) close behind in third place.

OAG predicts that most, if not all, scheduled seats will be filled on Friday with families traveling for the holiday.