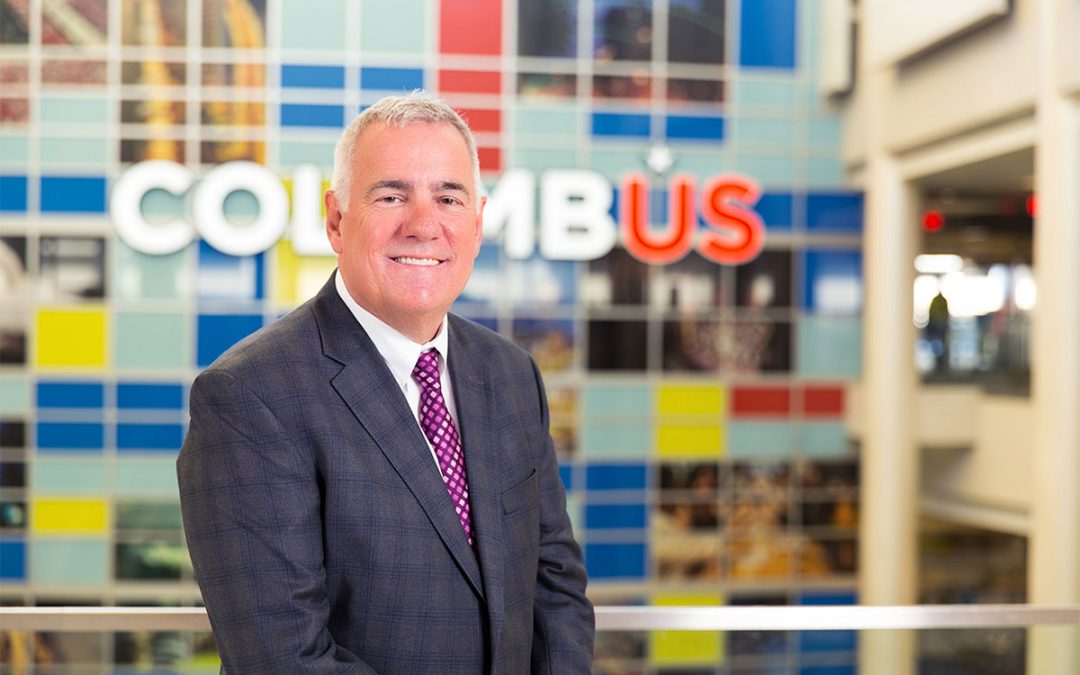 Off The Page: CMH’s New Director Sees Growth Through Partnering With Business Community

John Glenn Columbus International Airport (CMH) needs new facilities. The airport’s terminal dates back to the 1950s, and a long-term plan is [set] to replace the facility with a new, $2 billion terminal. But a few things need to happen to bring that plan to reality – namely, more passenger traffic and a financial plan that makes sense long term.

Joseph Nardone is in charge of navigating the airport through its current challenges. Nardone became president and CEO of the Columbus Regional Airport Authority in January 2018, replacing Elaine Roberts, who led the airport authority for 17 years.

AXN’s Carol Ward spoke with Nardone about his vision for CMH going forward. Below are excerpts from the interview. The full interview can be found in the August issue of Airport Experience News.

Ward: You’ve been with the Columbus Regional Airport Authority since January. Can you give me an overview of your impressions and plans?

Nardone: This was a great opportunity. I’m not a typical airport CEO. I came out of the private sector and out of economic development. We’re really pushing hard on air service; we’re pushing hard on trying to find new development opportunities. It’s just … about business growth. In addition, we’re working to make sure we have this place organized and managed properly, and make sure we’re providing services to the community and the airlines. Elaine ran a great outfit. I would say it’s more of the same with some expansion because of my experience. I didn’t come here to stand still, I came here to move forward, and I think we have a great opportunity to continue growing this market.

Ward: Regarding passengers, where are you at now six months into the year, and what are your key goals for expanding?

Nardone: We’re up about 6.5 percent. I think the airline business is going as well as it ever has, and I think our jobs as airport management is to continue helping them grow.

Ward: You have some major capital plans underway, including a new terminal. Can you give me an update?

Nardone: We’re hoping to start construction on our consolidated rental car facility by the end of the year. The terminal is a big project – more than $1 billion. Construction is undetermined, and timing is going to depend on passenger growth. We’re trying to get as much as we can out of the existing terminal. I would say over the next couple of years, we’ll have a better idea on timing but there definitely is a terminal in the works at John Glenn International. We have to partner with the airlines and make sure that anything we do makes sense to them. There is some work to do to be able to build this terminal. There is passenger growth – and we are filling up that terminal. There’s cooperation with the airlines to make sure they’re on board with what we’re doing as it relates to capital spending issues. And there is timing. Capital projects like this take a long time.

Ward: How will you fund the terminal?

Nardone: A PFC increase is critical for the construction of the terminal. We need the help. I have great respect and great cooperation from the airlines, but we disagree on this issue.

Ward: Back to your current terminal: how are your in-terminal concessions performing and are there any changes in the works?

Nardone: We just added a PGA Tour Grill and a second Donatos, a regional pizza place. Growth is good, revenue is good – it’s up. We don’t have the size concessions program that Detroit does but we are looking to continue serving the passengers.

Ward: You have HMSHost and Paradies Lagardère, correct?

Nardone: Yes. There’s nothing new in terms of contracts. It’s about continuing to keep the product fresh and continuing to work with folks to make sure that everybody is getting what they need.

Editor’s note: The full version of this article appears in the August 2018 issue of AXN Magazine. Click here to subscribe.