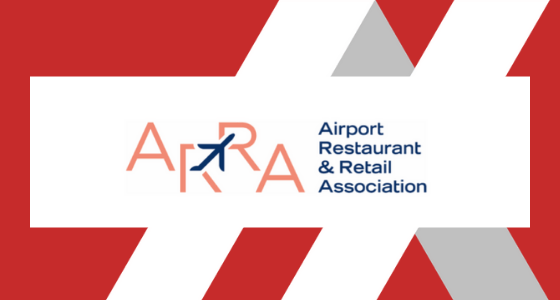 Notes of optimism were sounded in this week’s industry call hosted by the Airport Restaurant and Retail Association (ARRA), with executives and guest speakers sharing news of increased travel and concessions demand.

“Spring has put a bounce in everyone’s step,” noted consultant Andrew Weddig, speaking on behalf of ARRA. He said the combination of an accelerated vaccine rollout program in the United States, individual stimulus checks of $1,400 to most adults and cabin fever after months of restrictions have combined to produce a surge in travel demand. The Transportation Security Administration throughput exceeded 1 million travelers for 27 straight days (as of April 7) and topped 1.5 million passengers six times during that stretch. Domestic capacity has expanded and forward bookings are strong, Weddig noted.

“We’re seeing great progress in our industry, but as I always do in these calls…let’s not throw caution to the wind,” Weddig said. “After all the industry is still 40 percent below 2019 passenger volumes.”

Marlene Coleman, director of concessions management, Hartsfield-Jackson Atlanta International Airport (ATL) and one of two guest speakers on the ARRA call, said travelers are coming back.

“Our numbers are at 50 to 55 percent [of 2019 levels] and our stores are at 66 percent open,” she said. “We were seeing a slow recovery, but it’s very steady. Some of those stores that are open and not fully operational hours-wise, and they’re operating at limited menus and also limited staff, but we’re still managing to provide the services needed.”

The comeback is not without challenges. Coleman shared that her team is focusing more on managing day-to-day operations of the ATL concessions program more so than in the past. She said concessionaires are struggling with staffing and vendor delivery issues.

“We’re really focused on what we can do as an airport in partnership with our business partners to make the operations more efficient, more agile so that [concessionaires] can [run their] businesses better,” Hunter said, noting areas of attention including staffing, menu adjustments and hours of operation.

Both airport executives say customer confidence is crucial for a return to vibrancy. “People want to know they’re going to be safe coming into the airport,” said Hunter, noting that the efforts SEA and others have put in place, as well as vaccination efforts focused on essential workers in the airport, are underpinning that confidence.

“If we as aviation people are not out there leading the way…and gathering in a safe way, how can we expect the traveling public to do it?” she asked. “I think we have to walk the walk and talk the talk.”

Call participants also discussed past actions by both ATL and SEA to alleviate some of the financial pressures facing concessionaires by altering lease agreements. Federal funding has allowed airports to expand the actions they have taken. The recent federal COVID-19 relief bill, signed in March, provides $8 billion in much-needed assistance to airports and builds on two previous stimulus measures passed since the pandemic began. Coleman said ATL officials are currently assessing the best path forward, in conjunction with concessionaires. But a robust relief effort was already underway.

“I’m proud to say that our mayor was very adamant on making sure that we were helping our concessions community,” Coleman said. “We suspended the MAG for a year, and, we also did a reduction in percentage rent based on the decline in enplanements. We extended some of our contracts either 24 or 36 months, we suspended the parking fees,” and other efforts. “It really has had a significant impact on having people more excited about coming back without having to worry about those items that we can control.”

“We are looking at some other avenues as time goes on,” Coleman continued. She said that while some U.S. airports are requiring concessionaires to continue to pay MAGs, from ATL’s perspective it’s important to support concessionaires now so they can survive and be in a position to enhance the passenger experience when traffic returns full force.

Hunter took a similar approach at SEA, stressing the partnership between the airport and concessionaires. “The airport is hurting, but our partner is also hurting,” she said. “We want to look at this in a fair and equitable way.” SEA eliminated the MAG in March 2020 through the end of the year, as well as the tenant marketing fee. Percentage rents could be deferred with payback starting in July of this year. Further actions took place this year as the airport awaits guidance on the federal money being distributed.

“What’s most important is certainly the partnership,” Hunter says. “And when we come out of this to have maintained the good relationships we have with our tenants, so when we put out bids, people will want to come to our airport.”

Both Hunter and Coleman acknowledged that future airport-concessionaire relationships will likely need to be tweaked.

“We do need to take an approach of re-evaluating our programs, looking at where we are as far as rent – is the MAG still sustainable?” Coleman said. She also pointed to concessionaire pain points including high build-out costs and noted the possibility of having rents tied to enplanement levels.

Contracts at SEA have an “exceptional circumstances clause” that allowed for some flexibility on rent payments but the depth and duration of the current crises points to an even more flexible approach in the future, Hunter said. Rather that MAGs being “an insurance policy for airports,” she’s looking for an alternative. “I always look at it with an equity lens,” she said. “I want to make sure it’s fair.”

Hunter acknowledges reticence among some airports to alter terms of airport-concessionaire relationships, noting that some simply want to make money. At SEA, the goal is to “foster good relationships so that [concessionaires] can make money to really be an economic engine for the community. “I just think that people really need to reevaluate things,” she said. “For Seattle, our value system says we care about quality jobs. We care about our small business businesses, and we care about businesses being able to make money and survive.”

The pandemic and its fallout have decimated concessionaires and challenged airports, but it has also served to bring the two sides closer together, Coleman added. “Pre-COVID, everything was a given and things were so busy, we never really had to have those [in-depth] conversations,” she acknowledged. “Now it’s forced us to have the conversations. We have an opportunity – it’s given us a chance to communicate and understand what each entity’s pain points are.“