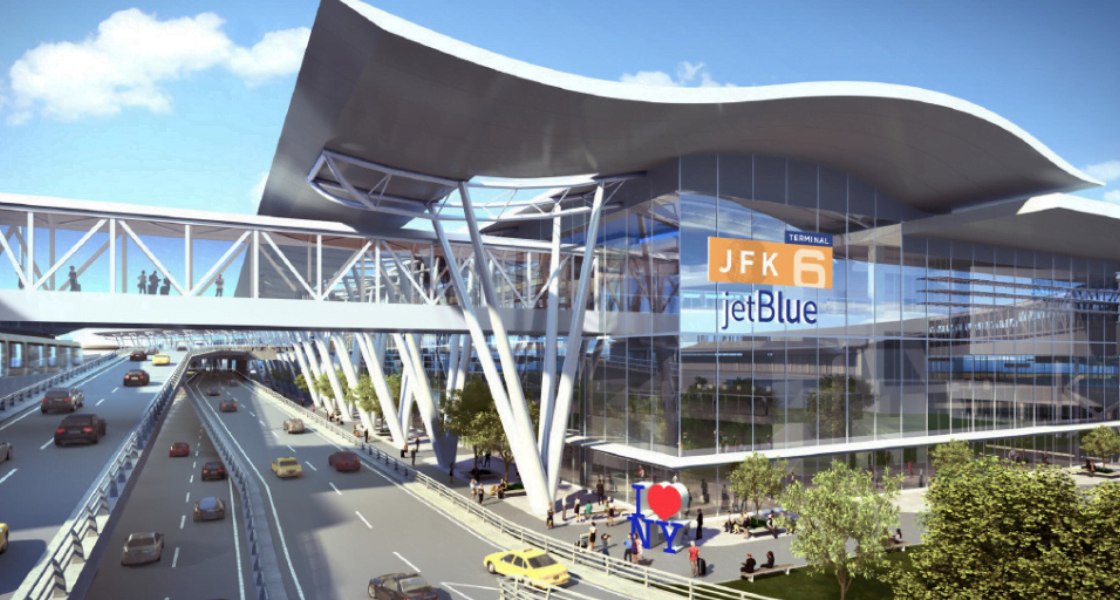 The Port Authority of New York and New Jersey (PANYNJ) and New York Gov. Andrew Cuomo this week announced a revised agreement on key terms with JFK Millennium Partners, including JetBlue Airways, to build a $3.9 billion Terminal 6 on the north side of John F. Kennedy International Airport (JFK).

The project was initially set to break ground in 2020 and the restructured deal with JFK Millennium Partners calls for the 1.2 million-square-foot new terminal to be privately financed and built on the sites of the former JFK Terminal 6 and the aging Terminal 7, which will be torn down after British Airways relocates to Terminal 8. Construction is now set to begin in 2022 and the new terminal is scheduled to open in 2025.

“The transformation of JFK Airport into a world-class gateway is another distinct testament to New York’s comeback and to our determination to build back better,” Governor Cuomo said. “This historic private investment will not only fortify New York’s reputation as our nation’s front door to the world, but also sets an example for how this country can tackle bold infrastructure projects that will jumpstart our economy with thousands of good-paying jobs even amid profound challenges like the pandemic.”

“This agreement to build a new Terminal 6 at John F. Kennedy International Airport demonstrates the commitment of the Port Authority of New York & New Jersey and our private partners to deliver for our region through some of the most difficult times in our agency’s 100-year history,” said Kevin O’Toole, PANYNJ chairman. “Moving forward with a new Terminal 6 will create thousands of good-paying construction jobs critical to our recovery from the pandemic, while building the foundation of economic growth for decades to come.”