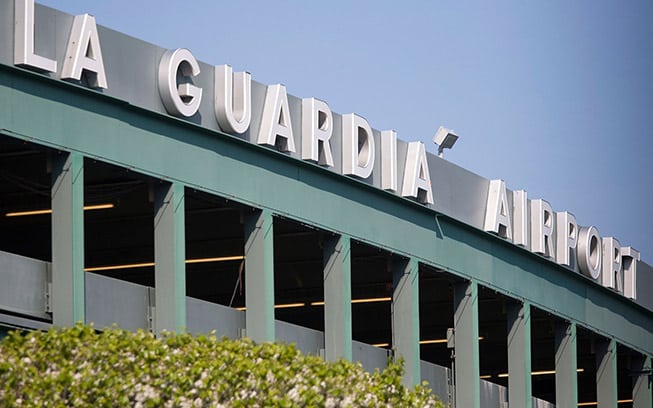 LaGuardia Gateway Partners is led by Vantage Airport Group Ltd., which operates Vancouver International (YVR) as well as several smaller airports in Canada and elsewhere. Construction firms Skanska and Walsh Construction, and Meridiam, an equity investment firm, also are part of the consortium, along with a design joint venture made up of HOK, Parsons Brinkerhoff and partners.

“For too long, LaGuardia has been the stepchild of our region’s airports compared to JFK and Newark International,” says Port Authority Vice Chairman Scott Rechler. “Today, we took the first step in moving forward with a comprehensive master plan to redevelop LaGuardia into a 21st century, world-class airport that the state of New York deserves.”

LaGuardia Gateway Partners was selected as part of a public-private partnership to construct the first phase of redevelopment of LGA, which includes demolishing the Central Terminal Building, creating a new facility and unifying previously unconnected terminals. PANYNJ officials said Thursday that the price tag for the facility could rise to roughly $4 billion, from the previous estimate of $3.6 billion, if a central entry portal, approved by the Board of Commissioners, can be worked into the plans.

Negotiations on a 35-year lease are expected to take three to six months, followed by nearly six years of construction.

The move represents the first phase of a comprehensive master plan for LGA that PANYNJ says will be unveiled in the coming weeks.

PANYNJ says the Central Terminal project will be designed to “seamlessly integrate with future amenities” recommended by New York Gov. Andrew Cuomo’s Airport Advisory Panel, such as premier retail and dining space; a hotel; a conference and business center; and other modern features that will generate revenue for the port authority. The amenities also will include transportation features such as an AirTrain, ferry service and a people mover to help passengers traverse the entire airport. Construction of the project will be funded by a public-private partnership, with the private sector contributing more than $2 billion and the port authority contributing more than $1 billion to construct the airport and supporting infrastructure. LaGuardia Gateway Partners will be responsible for designing, constructing, operating and maintaining the new terminal.

“The team is ready to deliver an exceptional experience for the airport community and the travelers who will pass through the new terminal,” says Vantage Airport Group’s Stewart Steeves, who is president and CEO of LaGuardia Gateway Partners. “We will develop a world-class facility and bring the level of operational expertise needed to deliver the airport New Yorkers deserve, both during construction and throughout long-term operations.”