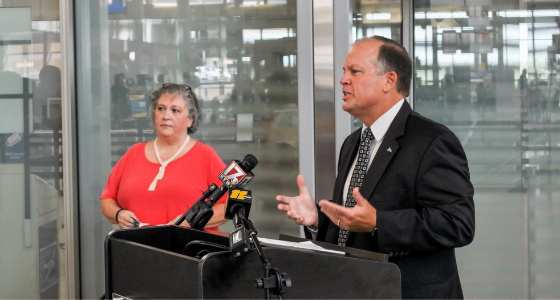 Raleigh-Durham International Airport (RDU) released a survey this month that found passengers that have flown recently feel far safer about the experience of flying than those who have not been in an airport in recent months.

The survey also found more than 60 precent of respondents were at least somewhat concerned about the safety prior to their flight, but 51 percent of those felt safer about flying after their trip, compared to 21 percent who reported feeling less safe.

Social distancing policies, the cleanliness of RDU’s facilities and the widespread wearing of masks among passengers and airport employees contributed to enhanced feelings of safety, the report found.

“The survey shows that customers are confident in the precautions RDU is taking to provide a safe and healthy travel experience, but the most important takeaway is that people are concerned about the actions of other passengers,” said Michael Landguth, president and CEO of the Raleigh-Durham Airport Authority (RDAA). “Wearing a mask at the airport is the single most important thing you can do to instill confidence in air travel and get the Triangle moving again.”

The survey also found leisure travel is returning before business travel and that those 35 years old and younger were twice as likely to travel during the pandemic as older consumers.