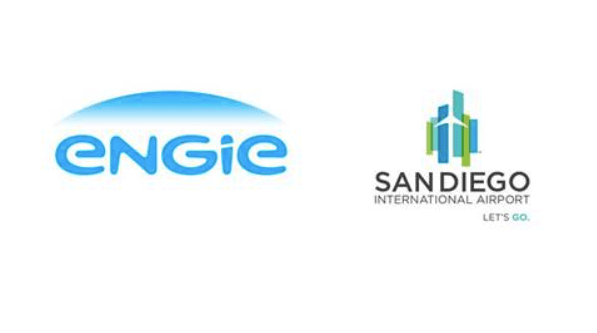 When the 2 MW/4 MWh GridSynergy from ENGIE becomes operational early next year, it can be paired with the airport’s existing photovoltaic solar system to first store and then distribute power during peak demand, reducing airport energy charges by approximately 40 percent each month.

“We are continuously exploring ways to operate more efficiently and reduce the airport’s carbon footprint as energy cost and demand rise,” says Kimberly Becker, SAN president and CEO. “This system becomes an important tool in that effort by helping to harness our onsite renewable energy opportunities and maximize their benefits well into the future.”

The airport will be using GridSynergy, a comprehensive, software-driven energy storage solution from ENGIE that can leverage historical energy usage data to calculate optimal charge and discharge cycles for the lithium-ion batteries.

“The San Diego International Airport is taking significant steps to reduce their carbon footprint and energy storage is playing an important role in their success,” says Christopher Tilley, ENGIE Storage CEO. “This is an important milestone as more airports are shifting their attention to the over-arching benefits energy storage brings, especially paired with renewables and efficiency measures.”