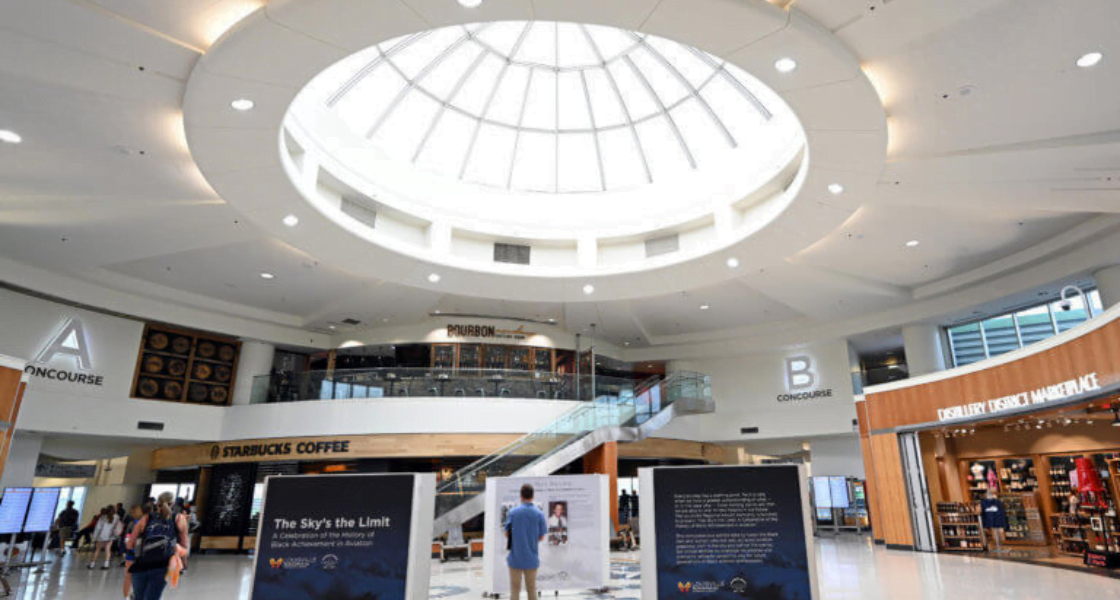 The Louisville Regional Airport Authority will honor Juneteenth by displaying the exhibit “The Sky’s the Limit: A Celebration of the History of Black Achievement in Aviation” at Louisville Muhammad Ali International Airport (SDF) this month.

For the past two years the exhibit has been held at Bowman Field, but now travelers at SDF have the opportunity to see the exhibit and recognize members of the Black aviation community who have made a difference.

“Juneteenth is a nationally recognized federal holiday and is significant to commemorate the emancipation of enslaved African Americans, but it’s also a day to celebrate African American culture,” said Dan Mann, executive director of the authority that operates SDF. “Holding this exhibit at SDF gives a new audience a chance to recognize the cultural and technological advancements Black individuals have had on the aviation community.”

The exhibit spotlights 14 individuals and organizations, including Bessie Coleman, the first Black woman to receive a pilot’s license; Robert Lawrence, pilot designation as the first Black astronaut, and the Tuskegee Airmen.