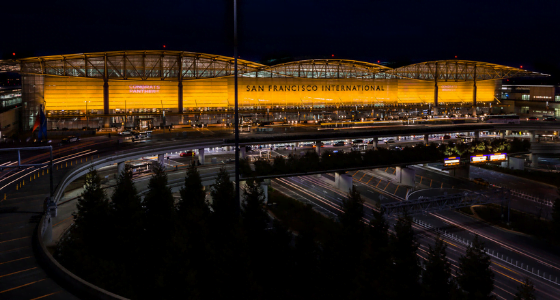 San Francisco International Airport (SFO) has been rolling out new policies as part of its “Quiet Airport” program with the goal of making air travel less stressful by reducing the amount of background noise that travelers are exposed to inside the terminals.

Though initially conceived in 2018, the Quiet Airport program gained momentum this past spring as SFO staff have been working with airlines to discontinue the practice of having all gate announcements for a departing flight broadcast throughout the entire terminal.

Airlines now make boarding announcements only in the relevant gate and adjacent area. Other announcements, such as calls for final boarding or gate changes, are handed over to the SFO communications staff for targeted broadcast on behalf of the airline.

The result is a significant decrease in unnecessary noise for passengers, with a 40 percent reduction in announcements at aircraft departure gate seating areas. In the International Terminal alone, SFO Customer Care staff estimate that more than 90 minutes of unnecessary announcements have been eliminated each day.

“We’ve invested a great deal in making the airport experience at SFO more relaxing and enjoyable,” said Ivar Satero, SFO director. “With our Quiet Airport program, we’re creating something unique and unexpected, by tackling an issue that might be less obvious, but just as impactful to how people feel when they spend time at SFO.”

The team will continue to focus on reducing sources of unwanted background noise, including moving walkways and escalators.