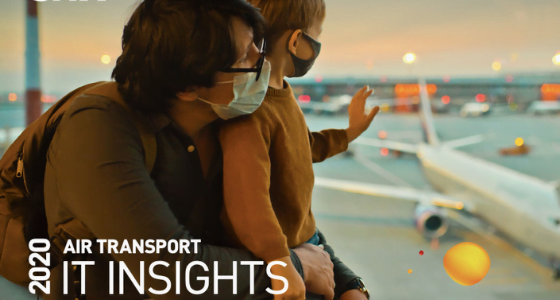 The COVID-19 pandemic refocused IT spending priorities for airlines and airports in 2020 with increased investments in automating the passenger journey and a focus on touchless and mobile technology, according to a new report from air transport IT provider SITA.

SITA’s “2020 Air Transport IT Insights” said industry IT investments were also directed toward on virtual and remote IT services that allowed employees to work from home while ramping up communications with passengers. The report said increased investments in cybersecurity and cloud services that helped automate operations and drive new efficiencies were also key.

“The severe slowdown in 2020 forced the air transport industry to focus on driving new cost efficiencies,” said David Lavorel, CEO of SITA at Airports & Borders. “Adding to the pressure, airlines and airports had to rapidly incorporate new health measures such as touchless passenger processing and the handling of new health information and protocols, including PCR testing in many destinations. The good news is that airlines and airports were able to capitalize on existing trends to automation and have made significant strides in implementing new solutions that will bring new improvements for the passenger now and into the future.”

Among those investments is biometric technology, with 64 percent of airports aiming to roll out self-boarding gates using biometric and ID documentation by 2023, three times as many as in 2020, the SITA report found.

In response to the pandemic, most airlines and airports are investing more in in-house virtual and remote IT services, allowing employees to work in a more agile and effective way while speeding up communications with passengers.

The SITA report found that nearly 75 percent of airports and airlines saying they will continue to invest in data exchange, cloud services, cybersecurity, and business intelligence to accelerate their digital airport processes, including increasing services on passenger mobile apps and ensuring staff services are accessible via mobile or tablets.