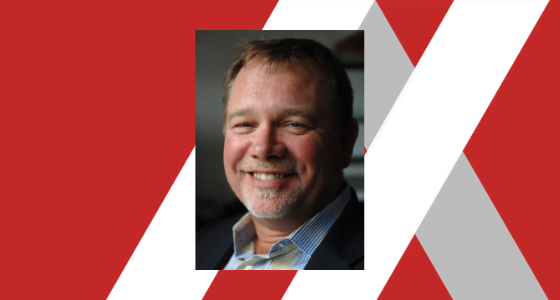 One year into the pandemic and there are finally some real signs of recovery in air passenger traffic, although passenger numbers are still a small fraction of what they were at the start of 2020.

William Swelbar, chief industry analyst for the Swelbar-Zhong Consultancy, shared his view about passenger trends and air carrier activities in the weekly industry call hosted by the Airport Restaurant & Retail Association (ARRA). Swelbar also serves as a senior advisor for McKinsey & Company and as a research engineer for MIT International Center for Air Transportation.

Swelbar said recent Transportation Security Administration throughput data, showing an average of more than 1 million passengers a day over the past week or more, is encouraging.

“Certainly anything that is leading to consumer confidence increasing along the way and consumers being confident in the air transportation system is good for all that is percolating,” he said.

“I’m excited about the back half of the summer, [especially] about July and August,” he continued. “I do think we’re going to see some leisure travel.” More worrisome, he says, is the autumn. “It’s going to be kind of tough without the conventions and the conferences and the things that we’re used to during that period…. It’s hard to be really bullish through the whole back half of the year, but certainly 2021 is going to look one hell of a lot better than last year.”

Like airports and concessionaires, airlines have had severe challenges during the pandemic.

“The airlines raised money at the beginning of this pandemic like we have never seen, but then again, this airline industry never had balance sheets that were as healthy as they were at the beginning of this pandemic,” Swelbar pointed out. “This airline industry has borrowed in excess of $70 billion in the last 11 months and cash levels are high. But if we’re continuing to burn cash every day, at some point cash is finite and we need to begin to earn revenues that pay the operating expenses and as least turn the industry from cash negative to cash neutral.

“Once we get to cash neutral – and hopefully that’ll be sometime this year – some airlines are going to turn cash positive, and we’ll likely see that in the ULCC sector first,” Swelbar continued. “And then once we get the cash positive, we can have a conversation about profitability, but we’re still a few years away. At the end of the day, it’s all about revenue, because revenue is going to dictate the size of the system we have tomorrow.”

With business travel on the rocks, Swelbar said the three network carriers are the most vulnerable, especially because he believes high-ticket-price international travel will likely be largely dormant for the foreseeable future.

“Will business revenue return to the level that supported American [Airlines], Delta [Air Lines] and United [Airlines]?” he asked. “Is there enough revenue to support the three network carriers as we knew them? Given the fact that hubs are so vitally important, if the industry is going to be smaller, some hubs are going to be smaller.”

Swelbar also said that airlines have shifted routes significantly, focusing on markets where pandemic-related restrictions have eased considerably. He warns, however, that airports seeing a nice bump in service may not have a long-term commitment from the airline. Airlines are going to move equipment around as the uneven recovery continues, he said. Concessions, as permanent fixtures in airports, are vulnerable to the fickle actions of airlines.

A smaller overall industry is likely for the foreseeable future, Swelbar said, and he encouraged “an open conversation about how we should be building the infrastructure for tomorrow’s industry.”

“I think there’s a lot of change that needs to take place, but I also appreciate that these last 11 months, everyone has had their fingernails on the chalkboard and it’s really about living for now,” he said. “I do think in the next couple of years, we really need to think about taking advantage of this situation and building the right system for the next 40 years.” He said the industry should be prepared to discuss alternate funding mechanisms, beyond the federal government, to ensure infrastructure development keeps pace with changing demands.